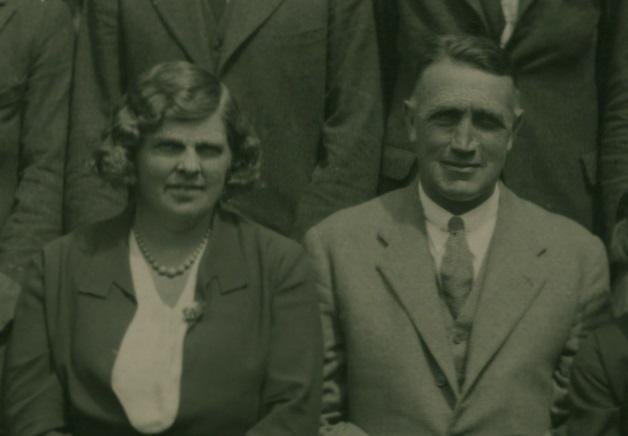 The Story of Fenwick and Williams

Monday, 08 March 2021
Were you in Fenwick or Williams? I bet you know your house inside out, but do you know its history? Archivist, James Harrison, delves into the fascinating beginnings of these two girls houses, as we celebrate their founding mothers.
Fenwick House
The House is named after Dorothy Fenwick (1890-1971). She was a very popular and efficient matron and was devoted to the College. The photographs show her when she worked in Stenning House (1929-31). She was also Matron in School (1931-36), Bristol (1936-40), the Junior School (1940-45), and Bristol again (1945-47). After retirement, she continued to live in Walpole Terrace and died there in 1971, still close to the School she had served so well.
Williams House
The House was named after Mrs Peggy Williams. her father had been a College Master and she was born in Chichester House in 1896. Much of her long life was linked with the school, as she married Revd. A.J.J. (Bill) Williams, College Chaplain and Housemaster of Wilsons for the whole of its existence (1920-35). During those years they lived in Walpole Road, opposite the site of the new girls' House to which Peggy was later to give her name. Amazingly, she was able to attend the opening ceremony of 'her' House, in 1990, and it was a moving occasion for the College to be able to welcome back someone so inextricably involved in its distant past.