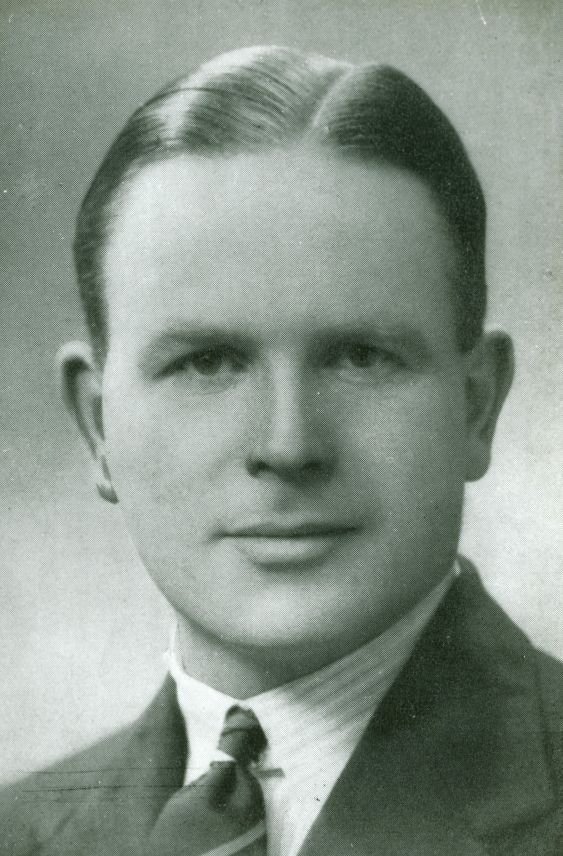 As part of our commemoration of the 175th anniversary of Brighton College, we are launching a series of profiles on our past Head Masters, with a piece on every former Head Master since the Second World War. We begin with Arthur Stuart-Clark, who assumed the Headmastership in September 1944, a year before the end of the Second World War.

Arthur Stuart-Clark – the period of recovery

Arthur Stuart-Clark was educated at Tonbridge and Cambridge, becoming a historian and successful sportsman along the way. He had previously taught in Switzerland, before moving on to Weymouth College, where he became a Housemaster. He became Headmaster of Steyning Grammar School in 1937 and it was his successful tenure at Steyning, and the glowing recommendation by the Chairman of the Steyning Governors, that played a large role in securing Stuart-Clark the position of Head Master at Brighton College, at the age of 38. He was to be the fourth new Head Master in 11 years.

It was Arthur Stuart-Clark who marked the end of the war in Europe at Brighton College, with an order on 7 May 1945, the day before Victory in Europe Day, that ‘if the announcement of VE Day is made after school hours, dayboys will not be expected to come to school on the two days following.’

Stuart-Clark’s tenure also coincided with the 100th anniversary of Brighton College. However, with the War only just at an end, the centenary of the College was ‘marked’ rather than celebrated in 1945 and 1946. The centenary celebrations in 1946 were limited to an Old Brightonian Dinner in London, and a series of cricket matches, culminating with a commemoration to honour the staff and Old Brightonians who had fallen during the War.

Stuart-Clark’s reign was, at six years, relatively short by the standards of Brighton College heads. However, he presided over a sharp rise in the number of boys – from 143 when he arrived in September 1944 to 330 at the beginning of his last school year. Although much of the increase was down to the return of peace, which came in the autumn after VE Day, Stuart-Clark deserves praise for the gradual, but consistent, growth in pupil numbers between 1944 and 1949.

He would leave behind a legacy that is difficult to assess or summarise. Many of the pupils at the time of his Headmastership described him as a breath of fresh air, who was keen to get to know the boys, always willing to try things that were not always popular with other staff, and brought a new and more modern approach to the running of the school. Opinion of the Head Master amongst staff was more mixed, with some noting that ‘he was not a leader,’ and ‘was not a strong enough character’ to push through the changes the College needed post-war.

It is unquestionable that Stuart-Clark led the College through an incredibly challenging period of British history. Optimism and celebration at the end of the War quickly gave way to war-weariness, toil, deprivation, and monotony, with continued shortages and rationing continuing to undermine national morale. However, despite the dire national outlook of the late 1940s, the College experienced pupil growth of 124% between 1944 and 1950, Bristol and Durnford Houses were brought out of hibernation, and the first new House was founded since Leconfield in 1938 when Aldrich House opened in 1945.

The College’s struggle with indebtedness was yet to be solved, and while efforts were made to reduce spending, costs continued to rise, and the College was forced to continue adding to its debts. But while the deficit continued to mount in this period, the school’s creditors’ willingness to continue lending, and the willingness of parents to accept an increase in fees, enabled the school to navigate this difficult financial period.

During the late 1940s, new members of staff injected new energy into life at the school. The CCF was expanding, sport was experiencing new vitality, and educational standards were steadily rising. The quality and experience of some of the academic staff employed during his tenure has come in for criticism, but he has been praised for emphasising to his pupils that it was the classroom that mattered most. Career advice for pupils was improved and boys were taught a range of useful manual skills (such as plumbing and decorating). Arts at the College were reinvigorated after years of wartime austerity, with the revival of the orchestra and House Music competition. This period also saw the original version of the Leonardo Cup, encouraging creativity in craft, literature, art and music. Communications with parents were also improved during this period.

Overall, the 1957 G.P. Burstow and M.B. Whittaker A History of Brighton College describe Stuart-Clark’s time as Head Master as an important period of recovery for the College, only second in importance to Dawson’s early years, some 40 years earlier. He is summarised as a man of modern ideas, whose administrative skills were pivotal in the College’s progress during these years. His determination, alongside the Council, for the College to remain free and independent, while still in harmony with the country’s new educational system, is also commended. Most of all, his emphasis on a slow, but steady, increase in pupil numbers, winning back ground lost since the 1930s, whilst avoiding overcrowding and over-extension, are also praised.

Ultimately, it was resistance from groups of the College’s community to Stuart-Clark’s many modernising changes, and poor relationships with some of the staff, that would contribute to his ousting by the Council in 1950, under the face-saving guise of resignation owing to ill health. Ultimately, Stuart-Clark was forced to go because he was intensely disliked by Wilfred Aldrich, the Chairman of the Council at this time. His treatment at the hands of the Chairman, and the circumstances surrounding his forced resignation, won him enduring sympathy, and he would ultimately leave the College in a far better and stable position than he had found it in 1944.

Stuart-Clark successfully navigated the College through the trials of the early post-war years during his Headmastership. His successors, beginning with William Stewart, would go on to build on the foundations laid by him in this period.

As for Arthur Stuart-Clark himself, he would go on to serve as a Senior Tutor and Registrar of the Hospital Administrative Staff College, and later Bursar of Darwin College, Cambridge. He passed away in 1973.