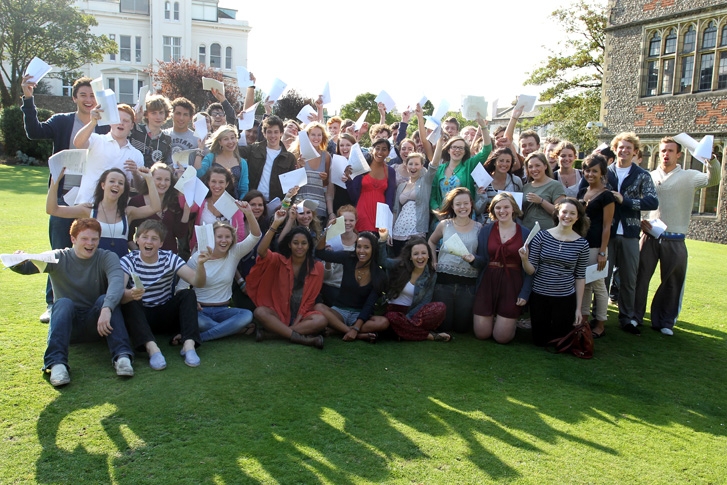 Letter from the Head Master, A Level results, August 2011

I am writing with news of our A-level results, which the sixth form will receive this morning. It is all very pleasing. This very cheerful group has broken the school record for top grades with 75.9% of all grades at A* or A. These are the best A-level results ever achieved by a co-educational school in England. The college’s previous best was 72.8% in 2010.

Comparative results for A*/A are as follows:

When one includes B grades, 95.0% of grades were at A* - B. These are the second best set of results by this criterion. Our best ever result was 95.3%, set in 2009. However, this last figure was 94.9% at this stage and rose by 0.4% after the usual exam board errors were rectified. It is very possible that the 2011 figure will rise in a similar fashion.

Comparative results for A*/B are as follows:

In all, 65 pupils gained at least one A*, the new ‘super grade’ introduced to allow top universities to discriminate between the best candidates. Typically, Cambridge University, for example, will ask for one grade at this level in its offers.

We also have six sets of twins celebrating today including one pair with 4 A* grades each and a place at Oxford in one case and Cambridge in the other.

I am also delighted that Paymahn Seyed-Safi our excellent Head of School gained 4 A* grades and confirmation of his place at UCL.