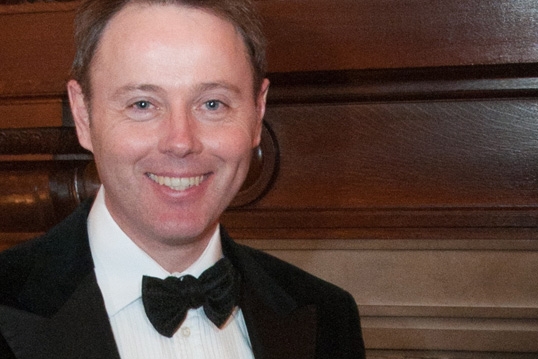 Letter from the Head Master, Summer 2011

In Evelyn Waugh's Decline and Fall, the young Paul Pennyfeather, sent down from his Oxford college, is interviewed for a teaching post in the offices of Church and Gargoyle, scholastic agents. The proprietor, Mr Levy, explains to Pennyfeather that "in England we class school into four grades: ‘Leading school', ‘First-rate school', ‘Good school' and finally, ‘School". Paul Pennyfeather, of course, ends up in a ‘School'.

Not much has changed. Across the length and breadth of the land there are schools, good schools, first rate schools and leading schools. For our part, we would certainly like to think that we are a leading school though not on the basis of obvious references to academic and sporting success, but rather to the spirit, the inner soul of the school.

Let me give you two examples of what I mean, the first to which I referred on Speech Day, the second which arrived by e-mail in my inbox last week.

The first concerns a young man in the Fourth Form who had been having a hard time of it. I heard about this and asked him to come and see me. As we chatted, he told me how wonderfully supportive the older boys were and specifically referred to our Head of School, Paymahn Seyed-Safi, and our Deputy Head of School, Fergus Blair, seeking him out, chatting to him and making him feel better about himself. That two Upper Sixth Form boys with so many responsibilities and such busy lives should go out of their way to look out for and look after a boy five years their junior is hugely revealing - not least because I would never have known anything about it but for speaking to the boy concerned. I wonder how many other girls and boys - in ways unnoticed - have reached out a similar hand of friendship to another in the school community. I suspect it happens every day. And for me that matters more than every A* grade we achieve.

The second insight into that inner soul of the school appeared in my inbox last week. It was from an Upper Sixth Form girl and I reproduce it in full (with her permission) because it so obviously speaks for itself:

"Dear Mr Cairns,
I am writing to you to thank you for the amazing six years you have provided me with at Brighton College.
I came from a school where, as an individual, I wasn't appreciated, where my grades were acceptable at Cs and where if you weren't in a certain "group" you were cast aside and excluded. I hated every second of it. I then came to the prep school in year 8 where everyone had cemented their friendship groups and where I knew absolutely no one. Of course this was rather daunting but I was soon welcomed as an equal and began to grow as a Brightonian.
I then had to move again, only a year later, into the senior school. At this point I was just a shy little brace-face with frizzy hair and few friends but this didn't last and I soon began to excel at sport, art, drama and on the academic front. I grew from a C standard student to an A* pupil in the space of 3 years exceeding all expectations with my GCSE results.
I can honestly say that I owe this to the inspirational teachers that you have employed at the college. I hated English throughout my whole prep school life and the thought of carrying this on at GCSE for another two years was unthinkable. I then met Mr Law who believed in me from the moment he met me and encouraged me throughout. He was endlessly helpful and reassuring and his love of English and the way he taught helped me to love it. Similarly Mr Crichton has been an incredible teacher and always willing to help, as have many others. All of whom helped me achieve grades that I never thought were possible. Not only that, but all of the teachers are kind, caring and passionate about their job and this passion is what I believe is the most important factor. It is true that all the teachers who have inspired me have loved their subject and their job. You have chosen an amazing set of teachers.
Every aspect of Brighton College is wonderful, from the kindness of the nurses at the San who are always there for a chat if you are feeling down, to the cheeriness of the dinner staff who are always smiling. Thank you, also, for placing more money into the school food as this has improved incredibly, making lunch something to look forward to rather than avoid.
I am endlessly grateful for your support. I don't know where I would be now or even if I would have got into all the good universities that I have now. Many of my friends who left and are now at other sixth form colleges have deteriorated in their academic ability whereas mine has soared. Not only have I loved being Head of House and a Prefect but I have achieved some great things and all of these are things that I can't say would have been possible if I had gone elsewhere.
I can honestly say that I am sorely sad to leave and I will miss every aspect of Brighton College, but I will think of myself as in your debt for all that you have provided me with. I hope that one day I will return here and maybe be house mistress of Seldon or even more. The friendly atmosphere at Brighton has been so important to me and I really believe that your down-to-earth nature has been one of the reasons behind your popularity. Prefects' breakfasts have been really good fun and I know I am not the only one to admire this quality about you. The ability to joke and take jokes is vital in being a teacher and you have this ability so it has always been a joy for me to have a conversation with you. Brighton College is a haven for success and I have no doubt that it will continue to break records with you at its head.
Thank you again for a wonderful life at Brighton. I will never forget all my delightful memories I've had here."

It is a kind letter, but also an important one. Schools are, first and always, about people. An institution can have the best buildings, the latest technology and the most coveted sports and music facilities, but it will never be more than just ‘a School' unless it attracts to its community, teachers who genuinely care about young people. I believe that we have such a school and, on that basis alone, I like to imagine that Mr Levy would indeed have placed Brighton College in the filing cabinet marked ‘Leading Schools'.

I hope that you can find time to drop a line to those teachers whom you feel have been particularly helpful to your children this academic year.

Thank you also to the many parents who have written to me personally since Speech Day. I really do appreciate it.

With all good wishes for a very happy summer holiday.