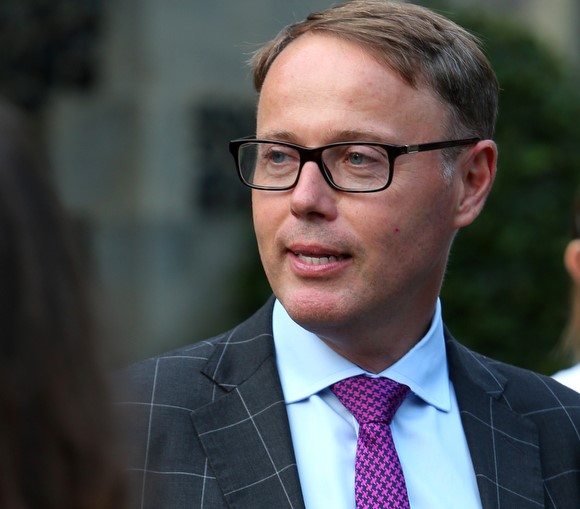 End of Hilary term 2017 letter from the Head Master

It has been an odd sort of term. There has been the usual pattern of sports fixtures, concerts, plays and debates. Teachers have continued to stretch and challenge in the classroom. Pupils have continued to surprise themselves by how much they can achieve if they really put their mind to it. And the kindness and respect that the overwhelming majority of boys and girls demonstrate, day in and day out, remains palpable.

So far, so normal. But outside these walls, the world seems to be changing and your sons and daughters have sat up and taken notice. Even before the election of Mr Trump in November, there was a strong sense among many of our pupils that the inclusive values that they had taken for granted were being challenged across the globe in a way none of them had predicted. The election of a new President of the United States did not diminish that concern. And so, this year has also been a year of political awakening: pupils have attended demonstrations in favour of women’s rights, rallies against travel bans, and protests in support of college pupils, parents and teachers with EU passports, urging that they be given the right to remain in the UK. It has been fascinating to see this heightened level of activism. And I don’t just talk of those who oppose recent developments; it has been just as interesting to see pupils engaging eloquently on the other side of the political debate.

And I think this is a good thing for two reasons:
Firstly, I have always felt that the most important qualities we can nurture in any young people are kindness, confidence and curiosity. The last of these is what I would define as an eager questioning of the world in which we live, a desire to find out more about the things around us and an instinct to challenge lazy assumptions. This is something that every teacher in every lesson should seek to encourage but it is also clear that the political uncertainties of recent months have heightened and developed these attributes still further. In short, our pupils are now more questioning, more engaged and more vocal than I have ever known – and I, for one, welcome that.

Secondly, this heightened political awareness has prompted engagement elsewhere too. Some of that has been painfully close to home and here I refer in particular to Mr Pete Bellenger who had to give up teaching Chemistry this year following his diagnosis with MND. Pupils and parents have been quick to offer support to him personally and to the MND Association. Fenwick House held a charity fashion show, pupils paid £2 to sport lurid Christmas jumpers for the day, the Lower Sixth packed bags in Asda and, behind the scenes, parents continue to contribute to a fund to help ensure that Pete is supported in other ways as his health deteriorates. It really is the most terrible disease and I would encourage those of you who do want to help in any way to look up a short film on BBC Scotland about Gordon Aikman, another young man diagnosed with MND, and his campaign to raise awareness of the disease and funds for research. His partner, Joe, was a pupil of mine with whom I have stayed in touch. You can find a link here: Gordon Aikman.

Pete would be just as pleased to know that our pupils have also been exercised by so many other things. Syrian refugees, young and old, have English lessons here each week conducted by our teachers and pupils. Boarders volunteer at soup kitchens for the homeless. The Lower 5th have been active at St Anne’s Day Centre. Thousands of pounds have been raised for Syria’s White Helmets, providing rescue workers on the front line, and for the charity Children with Cancer. There have also been demands to improve our environmental impact. Pupils tell me that our college recycling is simply not good enough. They are right. They want me to move towards banning diesel cars on site. In time, we will. And they have also prompted me to explore how we can convert our minibus fleet to electricity within the next five years.

How reassuring it is to see that because of, as well as in spite of, the increasingly fractious world beyond these walls, your children are holding true to those basic values of love, respect and inclusiveness that underpin everything we do at the college. Long may that continue.

I leave you with words from Sir Ian McKellen in his memorable address to the boys and girls in February:

“Wherever you go in life, whatever you do, I hope that none of you ever looks back on a life where you might have helped someone, stood up for someone or protected someone, but did not.”

As we break for the Easter holidays, I hope we will all, youngsters and adults, take that to heart.