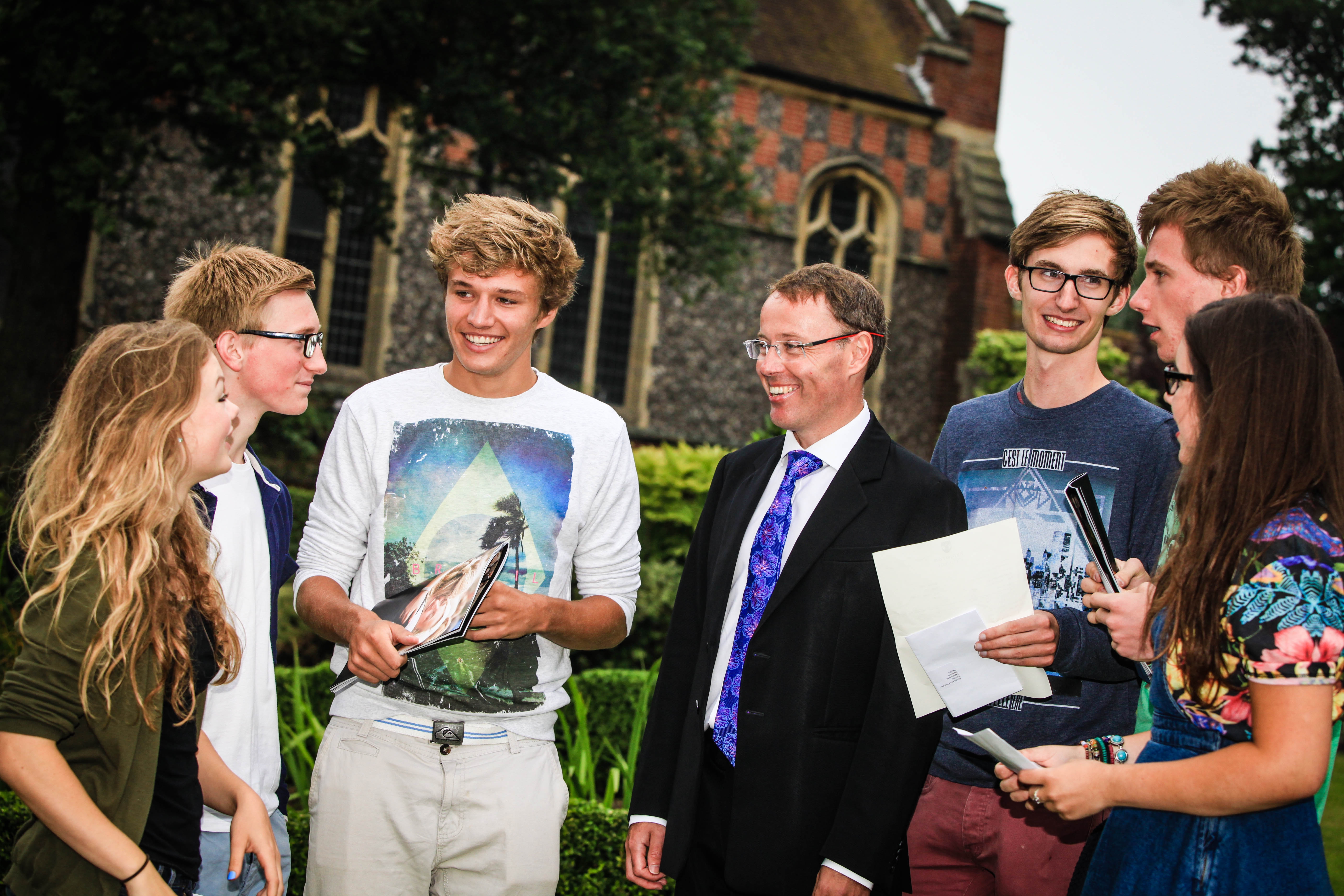 I am writing with news of our A-level results. Of the 616 papers sat, the following grades were achieved:

This equates to 96% of grades at A*-B at this stage. These are the grades universities now demand.

Previous years (after re-marks and appeals) are as follows:

I would not be surprised if the A*-B percentage turns out to be a college record although, of course, the human stories underpinning these results are much more important. And results day has been all about those human stories. We had a quad filled (mainly) with very happy and relieved boys, girls and parents. And where there were initial disappointments, we have been delighted that so many universities have been willing to lower their offers and admit our pupils all the same. I suspect that this year we have our smallest ever number of Upper Sixth formers still without a university place. You can probably sense my relief.

It is hard to single out individual success stories because everyone has had his or her own personal challenge and I am as delighted by the boy securing BBB for whom that is a personal triumph as I am by his friend securing 5 A* grades. Nevertheless, just as leading try scorers or lead parts in the school play get their moment in the limelight during the course of the year, so it would be churlish to deny the academic high-flyers of today their moment too. So, here are the names of those who secured AAA or better:

I am delighted for all of the above and for those not mentioned here who nevertheless surpassed their expectations and can be immensely proud of what they have achieved. They know who they are.

For me, what matters most is that our leavers have achieved top grades without ever losing their sense of fun or their commitment to life beyond the classroom. So many of those celebrating their results have also been top sportsmen and sportswomen, dancers, artists and musicians. That they have also found time to excel academically is both humbling and inspiring.

He will hate me for singling him out but I also want to mention how very proud I am of Tom Woodward. Diagnosed with cancer just before his exams, he underwent chemotherapy during them and yet still went on to get A*AA and a place at Bristol to read History. To him and to all our leavers, many congratulations!