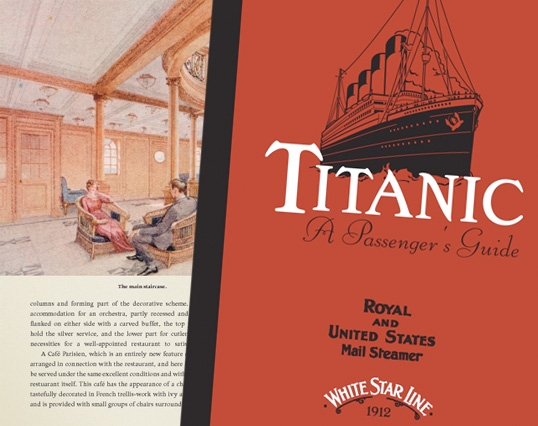 RMS Titanic sank in the North Atlantic Ocean on 15th April 1912. To mark the 100th anniversary Old Brightonian Lt-Commander John Blake (B. 1957-61) has this year published "The Titanic Passenger's Guide".

John is somewhat of a maritime authority, having spent 12 years in the Royal Navy and as a Fellow of the Royal Institute of Navigation. He has written several books, 'The Sea Chart' (2003) and 'Sea Charts of the British Isles' (2005) and has followed this with "The Titanic Passenger's Guide", published in respect of her tragic sinking 100 years ago this year. The book was compiled from some ten maritime Titanic related archives (e.g. Liverpool and National Maritime Museums, Ulster Folk and Transport Museum, Southampton Museum, Admiralty Library) with material contemporary to her concept, design, construction, launch and ship's operation.

It includes, with colour photographs, passenger facilities in some 128pages, but in a pocket book size. In fact it is what one might have been given if a passenger on her maiden voyage. Beautifully bound and illustrated the book is available from all good bookshops or on-line at Amazon.