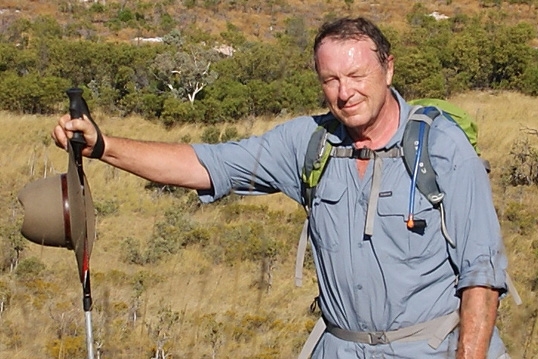 Largely thanks to the response that we had from the OB website, we were able to track down Lange Powell, who we had lost contact with since he left the college. Here is what he has been up to!

Lange Powell (H 1960-65), went to Madagascar for a couple of years as a volunteer teacher after leaving university in 1969. After that, he kept travelling, and settled in Australia in 1972. Now in Adelaide, he has 2 daughters, 2 stepdaughters and 5 grandchildren, and he and his wife Inara are happily retired after careers in child and family welfare, aged services, public housing, disability support, and adult and juvenile corrections. Lange’s worked a lot with Aboriginal communities, and Inara and he head off into the desert for several weeks each year – the remoter, the better !

Any OBs wanting to get some flavour of the attractions of Outback travel might like to visit http://www.blurb.com/bookstore/new.