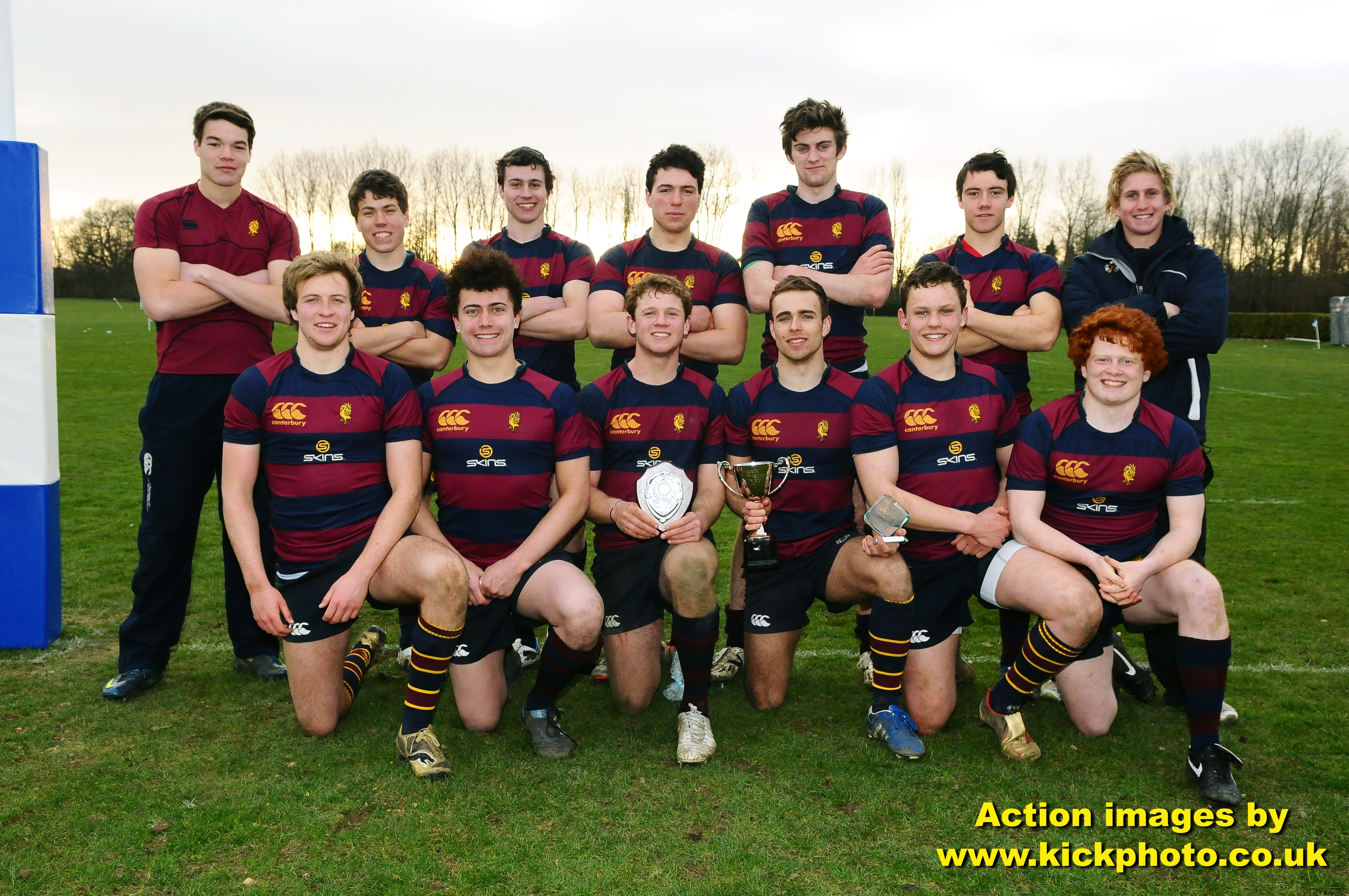 The 1st XV have had another excellent year. Beating Daily Mail Champions Whitgift (23-22) along with Epsom, Cranleigh and Dulwich has enabled them to come top of this years Evening Standard League. A huge amount of credit should go to all the players but in particular Joe Beckett and Pahymahn Seyed-Safi who have both been in the 1st XV for the 3 years. The 1st VII also won the Reigate Norton Rose Sevens and the Worth Sevens beating Epsom and Tonbridge in the final respectfully.

After all this success hopes were high at the National Schools Sevens. It was one of the toughest groups against two very good Welsh schools one being the Gwent Dragons 6th Form academy. The other tough game in the group was against Warwick but the College VII just sneaked through after some very good battles on a very small pitch. This allowed them to go through to the knock out stages beating Manchester Grammar and Peter Symonds School.

In the Quarter Final the College played some of their best Sevens beating Neath 6th Form College 35 – 19. This set up a semi final against favourites Filton College. Unfortunately Filton were too strong but we had our chances and really stretched them with the score being 10 – 7 down with 5 minutes to go. It was nearly but not quite at Rosslyn Park in the Open Tournament losing in the Semi Final to the eventual winners Filton College. It was a similar story at the National school Tens in Sedbergh losing in the Semi Final again to the eventual winners Filton College. However good wins against Millfield and Sedbergh on the final enabled the College to reach the last 4 of another National competition!