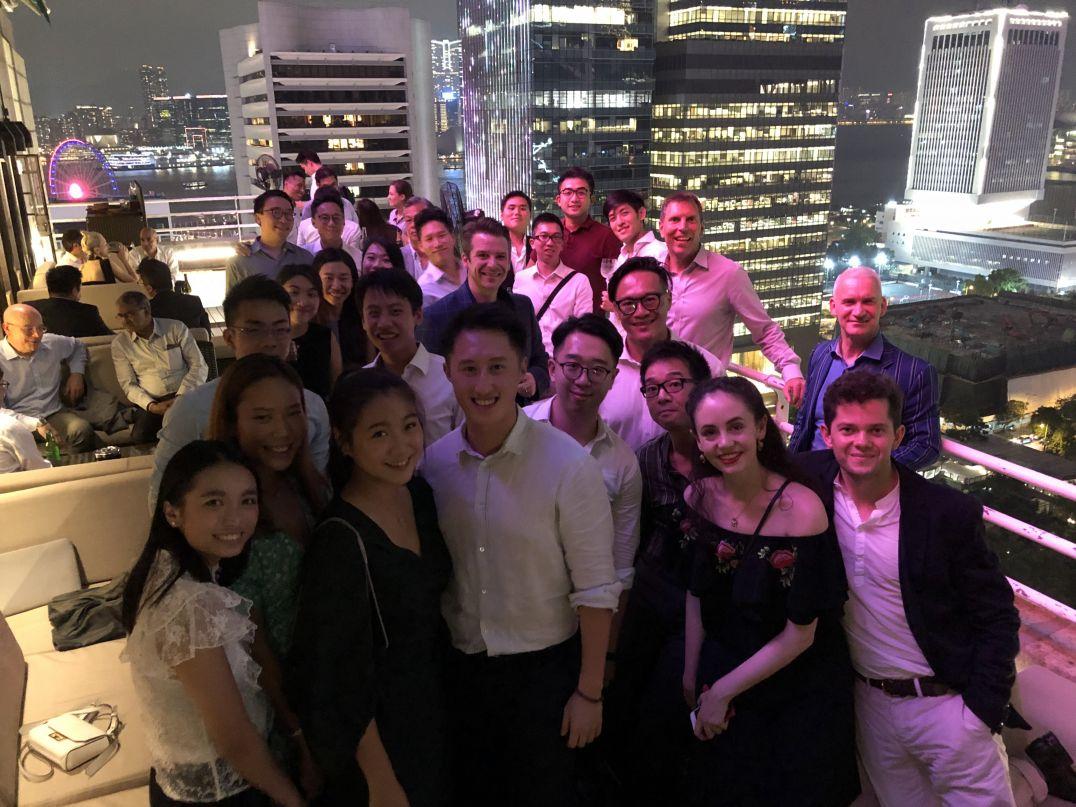 On a balmy Wednesday night in Hong Kong, we hosted a drinks event at the China Club, in Central. Cathy, from the OB office, along with Mr Nick Fraser, Mr Steve Marshall-Taylor, Mr Michael Sloan and Mr Chris Fowler were delighted to meet with 20 Old Brightonians currently living and working in Hong Kong.

Thanks to Sidney Ko, we were able to host the night at the opulent China Club, with fantastic views across the city. 20 OBs came along to catch up with old friends, as well as build new connections as we welcomed OBs from across a wide range of graduating year groups.