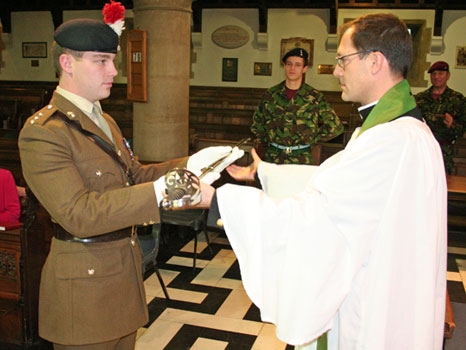 In a moving ceremony, an Old Brightonian’s sword, hanging in the College Chapel for generations, was returned to “active duty”. Captain Anthony Harris took possession of the sword of his great grandfather, General Sir Francis Tuker, who was a member of School House before joining the Royal Sussex Regiment in 1914.

General Tuker retired in 1947 after a dazzling military career, predominantly in India, and Captain Harris will wear his sword as part of his ceremonial dress.