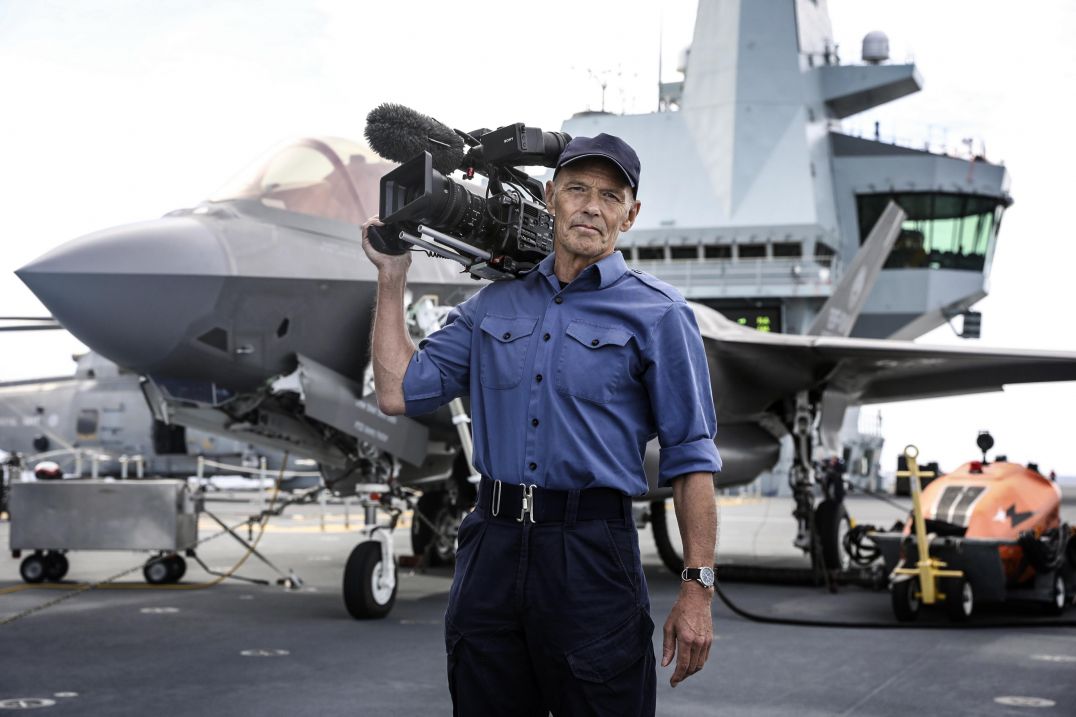 The Warship: Tour of Duty started on Sunday 22 January at 9pm on BBC2 and will run for six weeks.

Chris Terrill (Al. 1965-70) has been making films and writing books about the Royal Navy and the Royal Marines for over 30 years. His latest series, The Warship: Tour of Duty, tells the exciting, surprising and moving story of navy life on board HMS Queen Elizabeth's maiden voyage.

The six-episode series is airing weekly on Sunday nights at 9pm on BBC2 and features dramatic and aggressive encounters with hostile navies, a royal visit from the late Her Majesty Queen Elizabeth II, and access to all areas of the giant aircraft carrier as it undertakes a gruelling seven-month voyage to the other side of the world.

Chris says, "I never cease to be amazed at the calibre of young men and women I meet every time I step on board a Royal Navy warship with my camera. I tell it how it is and never pull my punches, but the films I end up making always turn out to be a celebration of the remarkable and selfless human beings who volunteer to serve our country. Often this means they have to spend many months on the high seas to help protect our precious freedoms and those of our allies. These six episodes are an authentic, honest and sometimes raw portrayal of life on Britain's biggest warship on the occasion of her very first operational deployment to the other side of a troubled world. It was a gruelling 7-and-a-half-month, 50,000-mile voyage that nobody on board will ever forget. The film we have made is exciting, surprising, funny, and moving, but above all inspiring and uplifting."