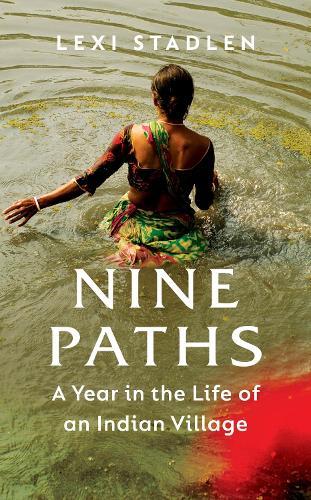 Dr. Lexi Stadlen (Wi. 2003-05) has released her first book, Nine Paths: A Year in the Life of an Indian Village

Lexi is a writer, anthropologist and ethnographer who pursued a PhD in Social Anthropology at London School of Economics. To research her book, she spent sixteen months in a remote Muslim village in India living with, listening to and talking to the women who live there. In Nine Paths, she shares the stories nine of these women and their families over the course of those months: there are weddings to celebrate and deaths to mourn, difficult marriages to navigate and tragedies to overcome, amid everyday drudgery and unexpected turmoil, the grind of poverty and the dreams of something better.

In 2019 Lexi won the Bailey Prize for her work on her PhD thesis. The Bailey Prize is awarded by the Royal Asiatic Society for an outstanding thesis on an Asian topic completed at a British university .

You can find out more about Lexi's work here