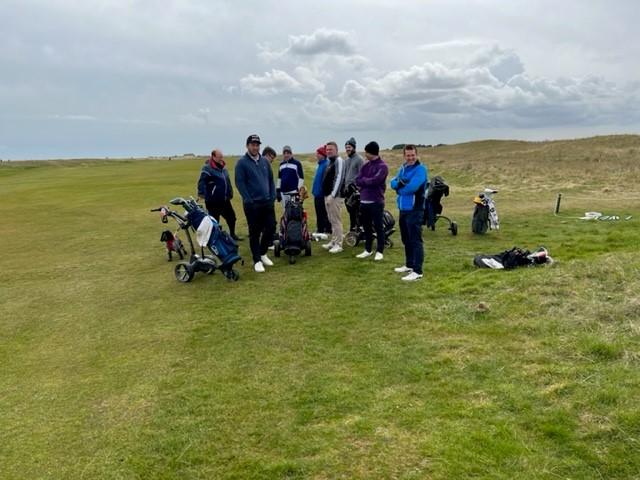 Windy conditions met the team for the Wednesday practice round, with gusts of up to 55mph. So breezy, in fact, that we could not stop at the halfway hut for the obligatory gin and tonic. Thankfully everyone survived the ordeal and we mustered a full-strength team to do battle against Cheltenham the next day.

The disappointed team retired to the bar to lick their wounds. This is a reflection on how well we are developing as a team, in the not-too-distant past, this would have been viewed as a good effort. Now there is a genuine belief that we should be winning these matches.

The plate followed the next day, where Uppingham was the opposition. Again a very close game, which saw two of the three matches go to extra holes, Brighton winning win at the 23rd but unfortunately succumbing at the 21st in the other. Uppingham eventually went on to win the plate so again it was a case of “so near and yet so far”.

So, in summary, an enjoyable Hewitt, and one where the team realised they can compete with the better teams. With Roberts, Mudie, and Pett returning next year and newcomers such as Michael Chapman, the future looks very bright.