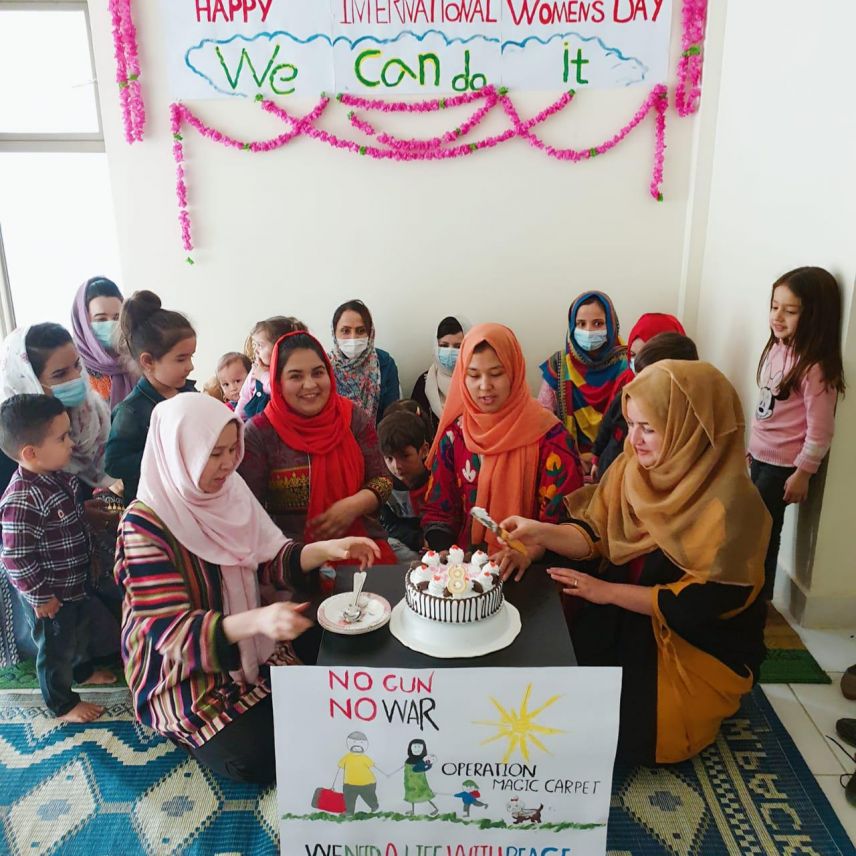 World Trade Center Gibraltar, where Old Brightonians Ed Allison-Wright (Du. 2001-06) and David Lawerence (Du. 1984-94) are directors, have played a major part in the successful evacuation of 92 Afghani people from Kabul.

Among the evacuees are 60 former staff members and their dependents of the international arm of the animal welfare charity “Mayhew London” (for which Megan Markle is a Patron) former NATO and MoD liaisons and a team of veterinarians, with their respective families.

The humanitarian operation, the largest privately-funded humanitarian evacuation mission undertaken since the American led withdrawal at the end of August was conducted by an experienced extraction team in an increasingly hostile environment, with a rapidly closing window, amidst eye-witness reports of raids of properties and neighbourhoods in the immediate vicinity to these individuals.

Following the fall of Kabul to the Taliban, on 15th August, the entire world watched as the frenzied non-combatant evacuation operation ensued from Hamid Karzai International Airport. It was clear that despite the heroic efforts of Allied forces resulting in nearly 120,000 people being evacuated within this timescale, many vulnerable individuals were left behind at risk of acts of retribution by uncontrolled terror groups.

British based animal welfare campaigner Dominic Dyer, internationally recognised for his work in evacuating Pen Farthing and his Nowzad employees and animals from Kabul in August played a leading role in the rescue operation working alongside a British vet and a Jerusalem based translator.

Businessman and owner of World Trade Center Gibraltar, Gregory Butcher, also generously helped finance part of the operation along with several individuals from Britain and the United States.

The complex and dangerous evacuation took over 2 months to complete, during a period that has seen Afghanistan spiral into escalating violence and economic collapse. The growing threat of widespread famine made all the more desperate by the approach of winter, puts the survival of millions of Afghan citizens at risk according to UN reports.

As of 8th December, all 92 evacuees have safely arrived in accommodation in Islamabad, Pakistan. The sense of relief, sadness and uncertainty will no doubt be overwhelming for this group, as they now embark on a new life outside of their home country, having left everything but a few belongings behind.

Whilst the initial phase is complete, the time to redouble efforts begins now, and a public fundraising campaign will soon be established to help to provide food and accommodation to the 92 adults and children in Pakistan for the necessary timeframe in which onward travel documentation to third countries, such as the UK, USA and other European destinations and also their respective accommodation in those countries, is secured.

Gregory Butcher, owner of the World Trade Center Gibraltar and part-funder of the rescue said:

“Operation Magic Carpet is a miraculous coming together of volunteers in a time of need. Almost everyone will have seen the harrowing photos of the humanitarian disaster that is increasing in its intensity, with uncontrolled terror groups conducting retribution killings more frequently by the day.

At World Trade Center Gibraltar, we believe that large corporations have a specific role to play in society, one of humanitarian action, sustainable development, and corporate social responsibility. These principles and values guide us in our daily lives and throughout all our business endeavours. We are partners and friends and seek to support marginalized communities, non-profits and charitable groups that align with our mission.

When we learned of the developing crisis in Afghanistan and heard that others were trying to find a way to get those individuals out, some of whom were female and therefore at considerable risk in Kabul, we could not turn away the chance of helping. They were desperate to leave and were without any hope of doing so, so we teamed up with those other kind people to try and get a total of 92 people out of Afghanistan.

I am so glad we worked tirelessly to achieve this. It really is a life and death situation, with the international community now calling on the Taliban to enforce an amnesty for former Afghan security personnel. We have just read that human rights groups cite scores of ex-soldiers who have been rounded up and then executed since mid-August. The retribution has started, and we owe it to those who supported the Coalition to save them.

On the arrival in Pakistan, it’s been hard thinking about what might have happened to them had we all not intervened. Their new lives and future are filled with uncertainty, and now we need to urgently get these brave now-stateless English-speaking people into a refugee resettlement program.”

World Trade Center Gibraltar is working to raise funds and offer vital help to those whose lives have been shattered by conflict and disaster, as they commence a new chapter in their lives. Please contact World Trade Center for more information at This email address is being protected from spambots. You need JavaScript enabled to view it.