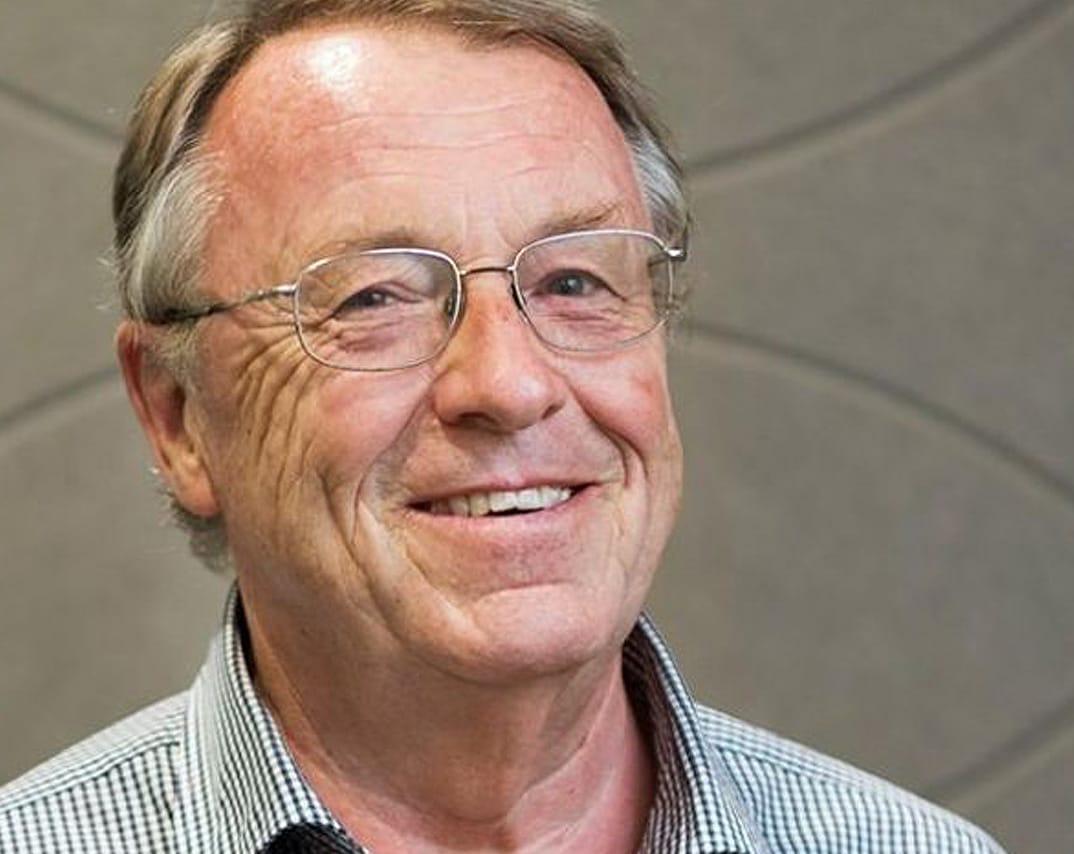 Lange Powell (BCJS./Ha. 1955-65) is a retired civil servant, who has lived in Australia for nearly all of his adult life.

Linguist Lange shares his story - from being the school's sabre champion, to working in rural Madagascar and making a life for himself and his family in South Australia working with the government.

Let’s start at the beginning. Why did you go to Brighton?

My Australian father went to Southport Grammar in Queensland, the equivalent of a British public school. My grandfather, also Lange Powell, was an eminent architect in Brisbane.

My father moved to England in 1933 to study medicine and stayed on, having married my Dutch mother. After graduating in 1938, he did take a trip back to Australia and aimed to stay but couldn’t secure an appropriate medical appointment. We lived in Brighton for the whole of my childhood; my father worked at Brighton General near the racecourse, and the Royal Sussex County Hospital.

What are your memories of school?

In Brighton, I was initially sent to the Junior School. There are three or four lasting memories. Academically I was better at arts subjects than the sciences, especially languages. I was pretty hopeless at maths, and regularly had to redo my homework on yellow paper! I had a minimal scientific education, as the whole system was geared towards you getting the best results in what you were good at. As a result, I didn’t do any science classes after ‘O’ level and was funneled into doing languages.

I have very fond memories of my language teachers, people such as Robert Béar, Michelle Morgan, and Jock Henderson (father of Gavin Henderson). Russian, taught by Mrs. Raikes, was a small minority subject – as you can imagine! There were about three of us.

There are some teachers you come across who inspire you in areas far beyond their subject. I will always be grateful to them for instilling in me a curious nature, values, and confidence in intellectual questioning.

I was never into major team sports.  However, I was captain of fencing for a couple of years, and the only time anyone in my family has ever won anything was when I became Sussex school sabre champion one year! Our coach was so encouraging and wanted us to go and learn more about the sport by observing international competitions. It was great, as it meant I had an enjoyable and invigorating alternative to rugby and cricket!

It was a happy time. There were the inevitable ‘cliques’ but I had a close group of good friends, and generally enjoyed myself. Apart from occasional contacts, I’m rarely in touch with them now, as I’ve been abroad for so many years since leaving school.

You then went on to Oxford?

Yes, I went to Keble College and read languages: French with Russian. I didn’t really have a firm plan for when I graduated – although my mother wanted me to join the diplomatic corps.

My neighbour in College had gone on a gap year to Papua New Guinea, loved it and inspired me to do voluntary work abroad, which is what I did. I joined a program of the United Nations Association, teaching at a lower secondary school in Madagascar, with the idea that I’d teach English to children, as the country had visions of becoming a tourist mecca for South Africans. However, this never came to fruition, and I spent most of my time teaching French.

And then on to Australia?

After leaving Madagascar, I kept travelling to go and visit my family in Australia.  I looked for various jobs, but in the end, I found a French geological survey company willing to employ me as an offshore site hand. I’m sure speaking French got me the job, rather than any technical competence.

I worked on an oil rig out of Darwin for six months, and during one of my periods of leave from the rig, I set out to learn something about Arnhem Land.  This area, slightly bigger in size than Portugal, comprises much of the ‘Top End’ of Australia’s Northern Territory.  It is recognised as Aboriginal land and is under the traditional ownership of numerous Aboriginal communities.

I had a real interest in community development and in small-scale economic enterprises – these were the days of E F Schumacher and his seminal book Small is Beautiful: a study of economics as if people mattered.  So, I ended up with a job working with fishing families in one of the Aboriginal communities. I spent three years in a settlement called Milingimbi, with a very vigorous Aboriginal culture and very interesting history.

In 1972 there was a major change in Australian politics.   A Labor government took office, changing many aspects of Australian society, including the transfer of authority from the government - and church agencies to  Aboriginal communities to govern themselves. When this change happened – more or less overnight – the economies of the settlements changed too, and I then went to do a second degree in social administration.

My career after that was in human services. I worked in the South Australian child and family welfare department, aged services policy, social housing, disability services, ending up in adult corrections and prisons. I retired from the public service in 2010.

What about your family?

I’m in my second marriage and we have been married for 21 years – my wife is Australian-born but of Latvian descent. I’ve got two daughters, and my wife also has two daughters, also from a previous marriage. Three of the girls and their 5 children are nearby, and one of them is in Melbourne.

I’ve not been back to the UK since 2010 (when we visited Brighton College); what I read about the College now is so impressive! I rejoice in the mix of academic, artistic, and sporting prowess reflected in literature circulated regularly by the school. The College seems to offer the very best in balanced and progressive education that my parents sought for me, and it’s a wonderful reputation to be maintained so richly and effectively.