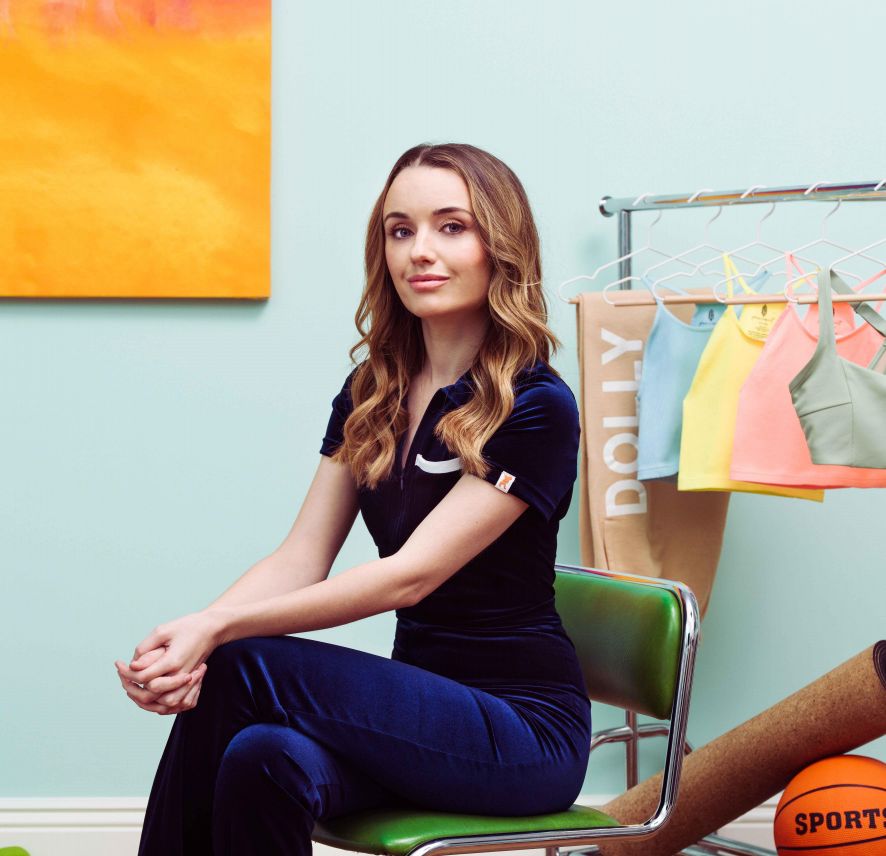 Amber Goodwin (Fe. 2013-15) has just launched Apparelle (www.apparelle.co.uk), which promises to change the way we buy activewear. Former investment banker, Amber, who is only 25, has already had an incredible career, and Apparelle is already making waves in fashion – and it has only just launched.

When you left Brighton, what did you do?

When I left I took a gap year, volunteering in Costa Rica and Nicaragua and au pairing in Spain before starting my degree at Cambridge. I studied Law for two years, before switching to business for my final year. I knew I didn’t want to be a lawyer, and so doing Law and Management felt like the right thing to do and an opportunity not to be missed.

And after graduating from Cambridge?

The first thing I did was an internship in marketing with Kraft Heinz, but I found it slow-paced. I had friends who were doing internships at investment banks, which looked a bit more like the type of thing I wanted to do. I knew it would be competitive, but I managed to secure an internship at a bank in London. It was so exciting, brought new challenges and was fast-paced: which is what I wanted!

So, being in banking was the right thing for you?

Yes, at that time! Halfway through my internship I was offered a full-time position and so stayed on and ended up working in the business services team, advising companies on acquisitions and fundraising. I was then poached to work for the restructuring team, working on a Madagascan mining deal, as I had a legal background and could speak French. That went well, and so I was offered a secondment to the Paris office. I didn’t know anyone, and it was right in the middle of the pandemic… But it was a great opportunity and so off I went. I was lucky enough to stay in an amazing apartment overlooking the Eiffel Tour and was forced to speak French from day one. It was super challenging but exciting and I loved being a part of a different culture and way of doing things. It was there that I had the idea for my business. I noticed that during the pandemic, everyone was wearing a lot of activewear, and I realised there wasn’t one place that people could go to buy it – and I felt I could segment the market and build something successful.

I loved Paris but missed my friends and family during the pandemic and so when the opportunity to move to another bank, working on public takeovers came up, I took it. However, after a few months, I started to work on my idea. I started off by extensively surveying potential customers, launched an Instagram page and began contacting brands. I had a great response and had 25 brands on board within a month of starting out.

It was great, and so I set myself the goal of launching by March 2022. It was getting hard to manage the brands and build the company whilst working full-time, so I resigned from my banking job and have been working on Apparelle full-time since February. It is challenging but really rewarding – it has had such a great response already and I’ve been in some of the largest fashion trade publications, including Drapers, WWD and Fashion United.

What’s most exciting about Apparelle?

The platform will host brands from all over the world (often brands with limited UK distribution), and we can offer the UK next day delivery on the clothing. I’m hoping it’ll be the UK home for exciting, ‘hard to get’ global activewear brands.

What have been the biggest challenges starting it up?

There have been so many challenges – as is the case when starting any business. The technology side has been challenging and making it actually happen. It’s been really challenging, but it’s been refreshing to move into fashion. I’ve made so many like-minded friends through starting the business, which is a bit of an unexpected, lovely side-effect!

And you’re launching this month?

Yes, we have just launched with 25 brands! I’ll be hosting influencer events in London over the coming months, as I want to build my community organically and holistically. There are lots of collaborations in the pipeline, too, so watch this space!

Find out more at Apparelle.co.uk