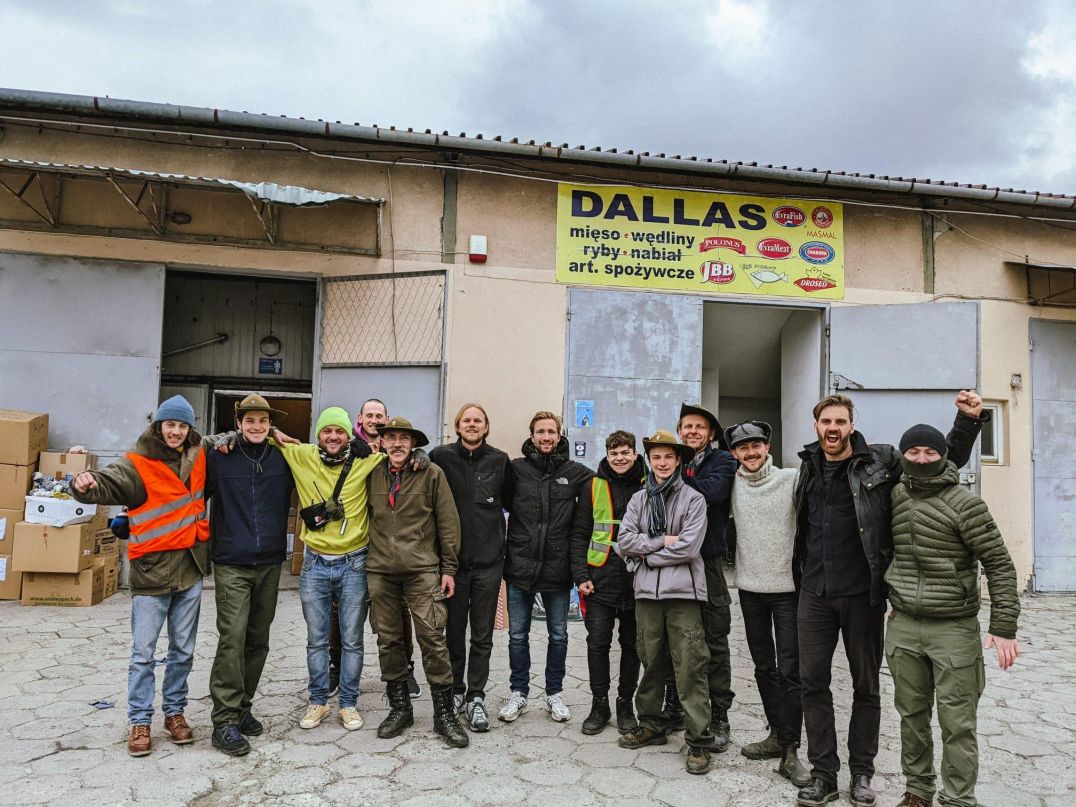 TogetherUkraine is a grassroots organisation, set up by Brad Vanstone (Sc. 2004-09) and a number of his friends, raising funds and providing humanitarian support to Ukrainian refugees.

The organisation's original goal was to raise funds to send supplies to Ukrainians coming over into Poland and directly into the heart of Ukraine. Over a 2 week period, they sent 250 palettes of key essential items with partners including Albert Heijn, Picnic, Crisp, Yoni, Sanetta, Difrax, Ridam, Red Orka and I+Solutions, Pukka Tea and Fiveways Coffee, with transportation provided by PostNL.

With a regular supply route now established the organisation is shifting its focus onto relocating refugees who require a home in Amsterdam. They established a day bus route with Flexibus and have two housing partners in Amsterdam who have secured spare rooms and housing from local Amsterdam citizens. Brad's Willicroft Store in Amsterdam is being used as a pick-up point for arrivals to the city to collect clothes and shoes, free of charge.

TogetherUkraine is focused on relocating 10 people a day in Amsterdam from Poland. When assessing the humanitarian support for the conflict, they believed they could improve the communication between different support groups, making it more comfortable and as simple as possible for those that want to move to Western Europe during the conflict.

The organisation is a non-profit and is funded through donations, and has already raised over €50,000.