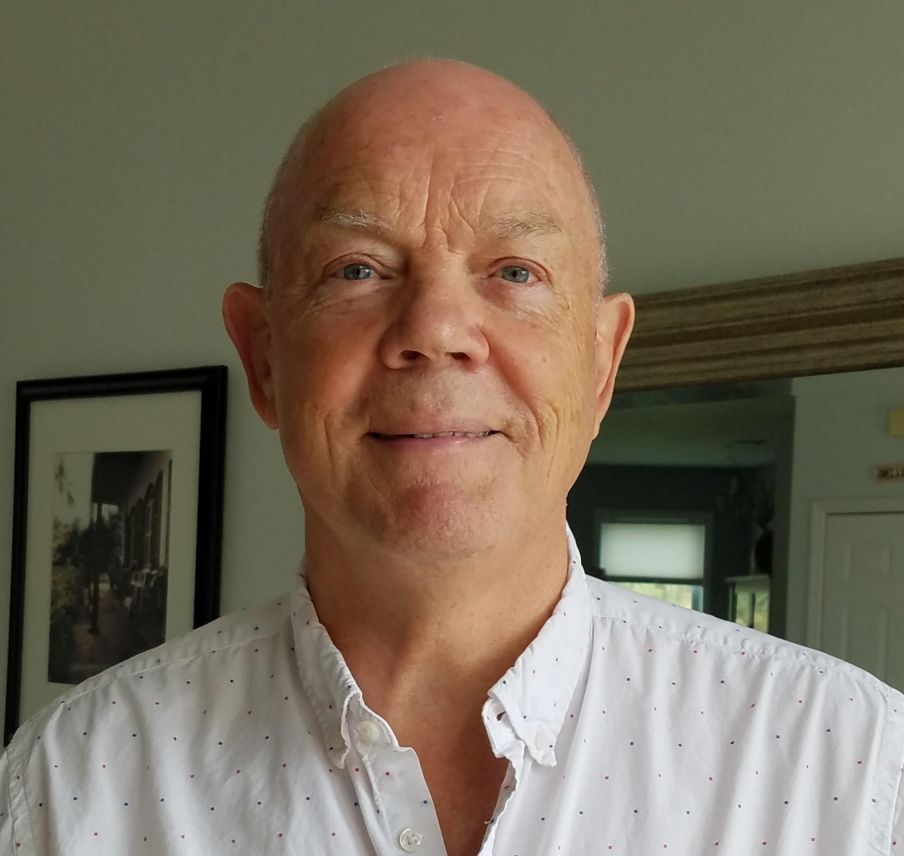 We recently spoke to Barry Kydd (Br. 1962-67). Barry has lived an exciting, global life since leaving the College and he has offered some interesting reflections on his life’s journey.

After leaving the College he trained and qualified as a Chartered Accountant and then lived and worked all over the world.  His career was spent mainly with multinational companies, culminating in Chief Financial Officer roles in publicly traded companies in Canada and in Hong Kong.   Now in retirement, he and his wife, Amy, live in the Philippines.

Let’s start at the beginning. You were born in India?

My father was a Scot who left his homeland in 1930, availing himself of a British government “ticket to the Colonies” designed to encourage young men to engage in expanding the British Empire. In India, he joined a company growing and exporting tea all over the world.  He managed tea-growing operations in the foothills of the Himalayas, and I was born in Darjeeling.  My mother was a Londoner and became one of the famous “Windmill girls” in London’s Windmill Theatre, along with her twin sister.  Later, they set out as a sister act and performed in theatres across Great Britain.  It was while performing in Scotland in 1936 that she and my father first met.  He was on home leave to the UK at the time.  The war then separated them for 10 years – my father working in India while also helping to build airfields in NE India for the fight against the Japanese and my mother living through the brutal Blitz in London. After the war, they were reunited and made their post-war lives together in India until finally retiring back to the UK in the mid-’60s

I was born in Darjeeling in the closing days of the British Raj.  My earliest years were spent in what is now Assam and Bangladesh, and subsequently in Calcutta.  Those early experiences of colonial life left an indelible mark on me, having observed up close and personally the horrors of poverty, disease and hopelessness among so many.

When my brother was 8 and I was 6, we were shipped back to the UK for school, something which was very much “the thing to do” for colonial parents at that time. My parents placed us in Sompting Abbotts Prep School, in Sussex.  For the next 7 years, we were either boarding at the school, or we were commuting to India for school holidays (all propeller planes in those days!) – it was a very fragmented and disruptive period which I found difficult to deal with emotionally, but my brother really looked after me.  Then, in 1962 I was accepted into Brighton College.

As I reflect on my time at the College I am reminded that fear seemed to pervade daily life in many ways– at that time the boys’ public school regime appeared to favour “the stick rather than the carrot”, presumably in an attempt to make men out of us. Prefects sometimes took advantage of being able to bully younger boys, the fagging system was unsubtle exploitation of the junior pupils, and teachers were armed with many possible punishments to deploy…..it was a rather uncomfortable and often scary existence.

I have now come to realise, however, that for me it was my sports endeavours that gave me a happy place and an escape from the pressures of school’s daily life.  I worked hard at my sports, be it on the field or in the pool or while training on the Downs or on Brighton Beach.  In particular, I loved rugby, and I was honoured to captain the College’s First XV, and also to play for the Sussex junior team and subsequently for Harlequins.  I remember with particular fondness Lance Barber (rugby coach, and teacher) as well as Duncan Dykes (swimming/water polo coach, and teacher) who were so very supportive and who nurtured the team spirit in each of us.

Perhaps I was suspectable to being unhappy at school, having started boarding school life at a very young age and being so very far away from my parents. Nevertheless, I survived and, as is true for all of us, my school experiences, good and bad, helped to shape my character.

Happily, the school must be pretty unrecognisable to the one you left?

I’m surprised… impressed… shocked…and delighted at the changes Brighton has gone through since I left. It has been utterly transformed…. for the better….and I congratulate all of those who have made that happen!

I am proud to tell people I was a pupil there.  Although it wasn’t the happiest experience for me at the time, I now look back with gratitude for the way in which it helped prepare me for the opportunities and challenges which would lay ahead.

What happened once you left school?

I wanted to be a pilot, but my father got fed up with me faffing around looking for aviation experience, so in 1968 (after attempting a Cambridge admission based on rugby rather than academics!) he decided I needed to find a job.  He “encouraged” me to sign on as an Articled Clerk with a Chartered Accountant partnership based in Hove (I believe they may have been the College’s Auditors at the time), thus beginning a 4-year “apprenticeship” during which I needed to combine a strenuous study regime with practical in-office work experience each day.

The UK in the 1970s was a rather miserable place and, to me, prospects didn’t look good for young people. While I was working for British Aerospace (Hawker Siddeley) in their London head office my wife and I developed a plan to emigrate.  We decided on Canada and, fortunately, Hawker Siddeley offered to transfer me to their operations over there.  Initially, I was based in cold/snowy Northern Canada and later transferred to Toronto. After that, I worked for the BOC Group, initially in Canada, and was then tasked to help set up the Group’s first Continental European operations, based in Brussels.  That later led to a posting to the US to help integrate multiple acquisitions made there by BOC Group at first, and then to lead the financial operations of the Group’s Global Medical Devices business.

I then joined Lucent Technologies in the US and ran their international accounting operations, which was a huge challenge. At that time, Lucent was the darling of Wall Street but, sadly, the company eventually became a victim of its own success, foundered, and was eventually acquired.

I returned to Canada to become the CFO of a telecommunications company, thinking that I might retire from that job and live out my time in Canada.  However, I was not enjoying my work life and the environment there, and when I was invited to become Chief Financial Officer of the Johnson Electric Group in Hong Kong I was honoured to accept the challenge.  With over 30,000 people working in China and 13,000 more in multiple countries across the world, the task to integrate and harmonise all aspects of the business, its operations, its governance, and its multiple cultures was, without doubt, the peak of my career.  I found great professional and personal fulfilment in calling on all my training and prior experience to help the organisation evolve and prosper.

What advice would you give to OBs heading into the workplace now?

Remain true to yourself and to the values instilled in you by your parents and your schooling, have a vision of your future self, have a plan, take control of your life, be focused, be kind and helpful to others, be joyful yet humble when you succeed, accept the lesson but be resilient when you fail, and never give up.  Also, remember to surround yourself with strong and capable people….this is a sign of good leadership and a key ingredient to success…..you cannot do it all yourself.

That brings to mind Mat Ellis’ (Du. 1984-89) Christmas 2021 message, reminding us that we are all part of something bigger. He’s absolutely right…..we each have our individual values and our separate cultural heritage but, for group success, a shared culture must be developed which does not squash each individual but harnesses the best that each has to offer.

As a young man, I remember looking at the UN and thinking how wonderful it was to have a global organisation dedicated to bringing the world together. Now, sadly, the world seems to be fragmenting – it is going in the wrong direction, and I desperately hope the young people now moving out into the world will foster sharing, caring, cooperating and harmonising among nations in order to protect and optimise our planet.

What has taken you to the Philippines?

My wife is Filipino.  After living around the world, I thought it was time for her to be at home again, and back to her family. We’ve built a house here in northern Luzon and we are beginning to carve out our new lifestyle and to develop all those typical routines which make up daily life.  Personally, I plan to spend much of my time in our pool, now coming full circle from my early life growing up in India when pool-time was also the mainstay of life in that hot climate.

My son is an experienced commercial pilot in the USA, in a private air charter operation where he flies wealthy clientele. In fact, when I was learning to fly, he was my instructor – it was great to have time together in the cockpit and he always impressed me with his skill and patience. It’s funny how it’s worked…..he’s doing the job I dreamt of all those years ago and my career has played out in much the same way my father may have wished for himself.

Finally, let me close by thanking Cathy for reaching out to me and James Harrison for his work on the College archives.

If you would like to share your story with the Old Brightonians, please email the This email address is being protected from spambots. You need JavaScript enabled to view it. We would love to speak to you!