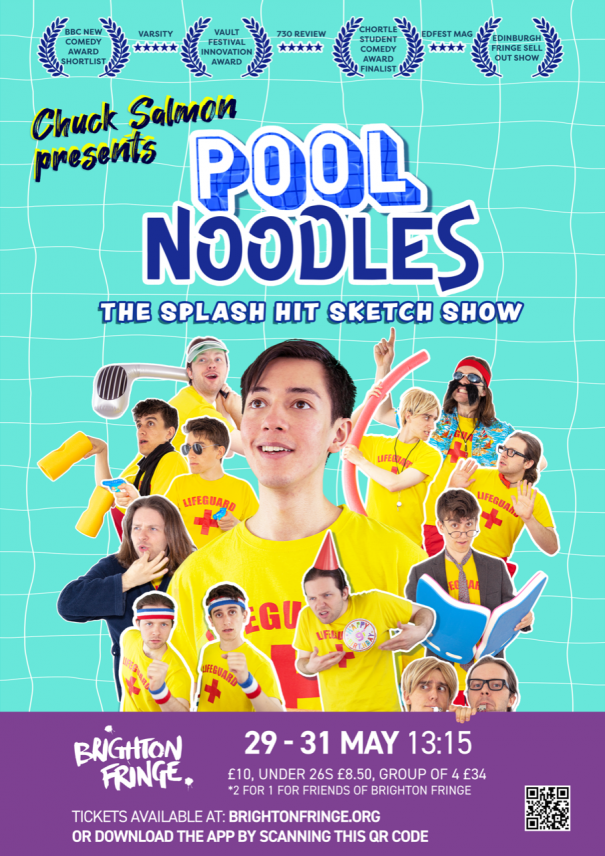 William Bicknell-Found (Ha. 2010-15) and his comedy troupe are performing at this year's Brighton Fringe Festival.

After a successful tour of the UK, Canada, and the US with the Cambridge Footlights international show, William is back on the road with his own sketch comedy troupe (comprising him and two other ex-footlights). Their début show: 'Pool Noodles’ is an action-packed sketch-comedy show about lifeguards, leisure centres, and everything in-between.

William told us "We had a tour planned in 2020 and performed in London and at the Leicester Comedy Festival, however, due to lockdown had to put the tour on hold, but now we’re back and better than ever and are thrilled to have a slot at the Brighton Fringe to perform closer to home. Come along this Bank holiday weekend for a show which splashes all the right boxes."

In this hour of manic, narrative sketch comedy, budding lifeguard Kenny battles breaststroking bullies, ghost-filled golf courses, music-related misunderstandings, and a whole lot of water to become the greatest lifeguard the world has ever seen!

The show is on at The Warren: The Oil Shed and tickets are available here.