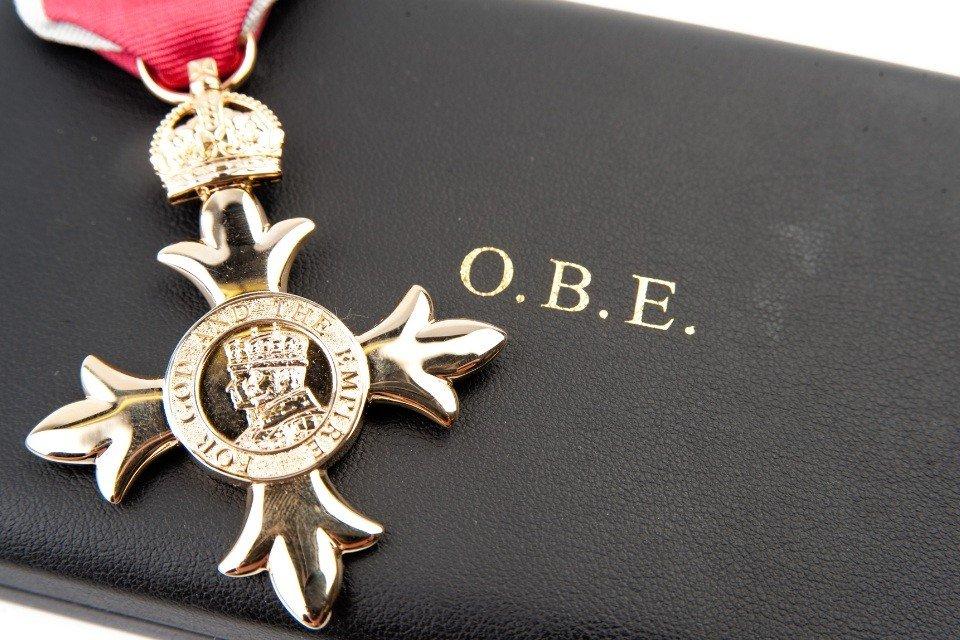 We were delighted to find out that Iain Everett (Al. 1983-86) was awarded OBE in the Queen’s New Year’s Honours list 2020. He tells us all about his exciting and important work.

"After leaving the College I found myself in computing, before being tempted into IT recruitment with the promise of large commissions and fast cars; being newly married and mortgaged I turned the saying on its head - gamekeeper turned poacher! Within a couple of years, I had left to start my own recruitment agency with offices in Brighton and Birmingham. This went very well for five or so years until it didn’t… but I emerged stronger and wiser if a little bruised and poorer.  My wife’s career was flourishing as she was by now one of the youngest ever branch managers of a major High Street bank; until it didn’t. She took a moral stand against the change in focus away from customer service and into sales – unfortunately, her abrupt handing in of notice coincided with closing my business. So we both ‘emerged stronger and wiser but also determined to improve our timing and communication going forward! We also decided this was the opportune moment to reassess our goals and priorities. We both wanted to leave the private sector and to contribute to our communities in some way; within weeks we were both working in the public sector.

My mother advised me that the bureaucracy and red tape of the Civil Service would drive me mad and that I wouldn’t last six months. I stuck out those first six months - avoiding maddening frustration and proving her wrong (but only just!).  My first role was the area business manager for the Crown Prosecution Service working for (now Dame) Alison Saunders who went on to become the first internally appointed Director of Public Prosecutions in the CPS. Once past the initial shock of the public sector, I settled down and really started to appreciate the positive difference to people’s lives our staff made.  Even so, after five years I was ready for a new challenge, which in the Civil Service at the time meant working in London. Still living in Brighton, I soon became one of the regulars on the 0630hrs train into Victoria.

I had managed to secure myself a fascinating role in central government in the world of counterterrorism, initially in our strategic preparedness and response to attacks, before finally ending up in protective security leading on Royalty and VIP Protection.

When I finally left that role on promotion, I was honoured to be awarded an OBE. It was really in recognition of the sterling work my team did on my behalf 24/7/365 – never once dropping the ball or losing a protected principal!  I was very lucky to have my investiture at Buckingham Palace just weeks before the first National Lockdown and to be presented my award by HRH The Duke of Cambridge. I was delighted to be able to take my parents and wife with me and to be a little smug that I was right not to follow my mother’s advice all those years ago.

I now find myself nearly twenty years into my Civil Service career as a Deputy Director in Immigration Enforcement with nearly 800 staff dedicated to returning Foreign National Offenders who have committed the most serious offences.  I could never have imagined back in my early thirties having just lost my business and self-confidence what a rich, varied and rewarding career I could have in the Civil Service; something I would encourage anyone to consider for themselves."