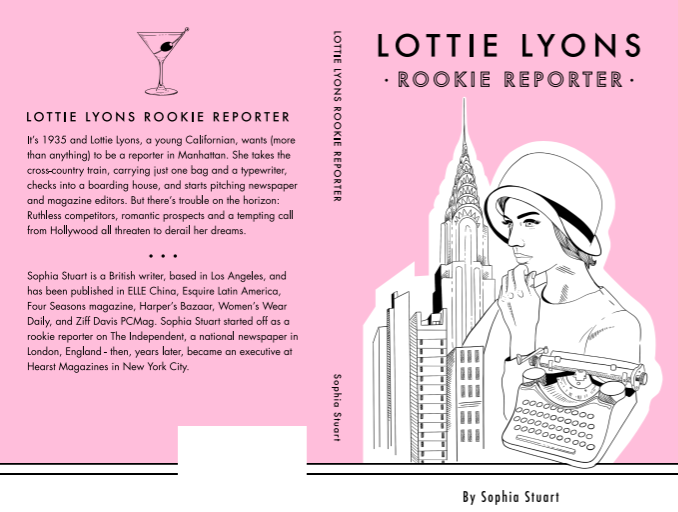 Journalist Sophia Stuart (Fe. 1985-87) has published the book she wishes she could have read aged 15: "Lottie Lyons Rookie Reporter".

The story is set in 1935, and features Lottie Lyons, a young Californian, who wants (more than anything) to be a reporter in Manhattan. She takes the cross-country train, carrying just one bag and a typewriter, checks into a boarding house, and starts pitching newspaper and magazine editors. But there’s trouble on the horizon: Ruthless competitors, glorious (and multiple) romantic prospects and a tempting call from Hollywood all threaten to derail her dreams.

Sophia wrote it, edited it, commissioned a cover, hired a production layout person and published it herself.