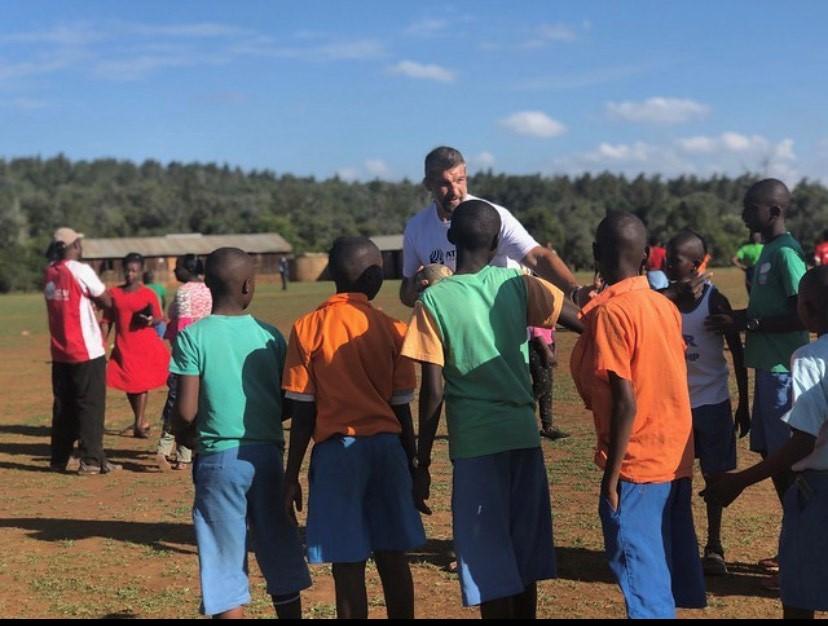 James Philips (Ha. 2004-12) has taken on the role of Development Officer for a new fund at The Atlas Foundation. Founded by former rugby star, Jason Leonard, The Atlas Foundation works to improve the lives of children across the world through rugby communities and initiatives.

Through feeding and education programmes and a plethora of rugby initiatives, The Atlas Foundation provides safety, education, food, sport, guidance and community to thousands of children across five continents. The work is inspired by the core rugby values of integrity, hard work and respect, and The Atlas Foundation is committed to getting practical help directly to those who need it. It has so far raised £1 million and over 50,000 children have been supported.

James’ late father, Mark Phillips, was a founding ambassador of the foundation. In his memory, The Mark Phillips Memorial Fund has been established working predominantly in Kenya, USA and Argentina. As Development Officer for this fund, James has been working hard to raise money and promote the Foundation, although current restrictions have made this difficult. He hopes to be able to launch new initiatives soon.

More information can be found on The Atlas Foundation and The Mark Philips Memorial Fund websites.