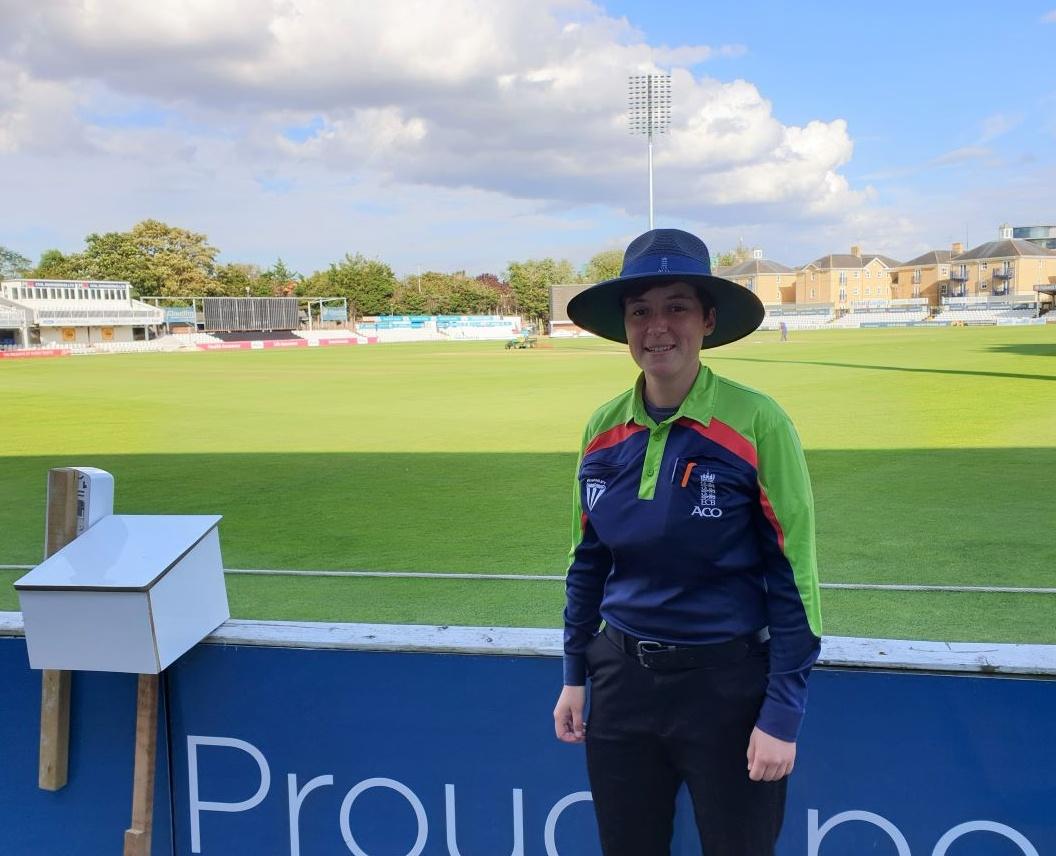 We are thrilled to share the news that OB Anna Harris (Ne. 2011-16) has been selected to umpire in the inaugural Rachael Heyhoe-Flint Trophy, the highest level of women's competitive domestic cricket in the UK.

Anna, who was a keen cricket player and Women's 1st XI Captain in her time at Brighton College, has umpired two games in the Trophy, which will conclude on 27 September. Anna is pictured at the Essex County Cricket Ground at her most recent game, Sunrisers vs Western Storm, on 5 September, in which Western Storm beat Sunrisers.

The opportunity to umpire at such a high level and with First Class Umpires is "a very exciting step up the umpiring ladder," says Anna. "The standard of women's cricket seems to have risen exponentially over the past few years, so the games are full of high-pressure and fast-paced competitive cricket. I have loved the matches I have umpired so far, and hopefully I can continue to build on my success whilst also balancing a playing career with Wales."

We wish Anna the very best for what we are sure will continue to be an exciting career in cricket!