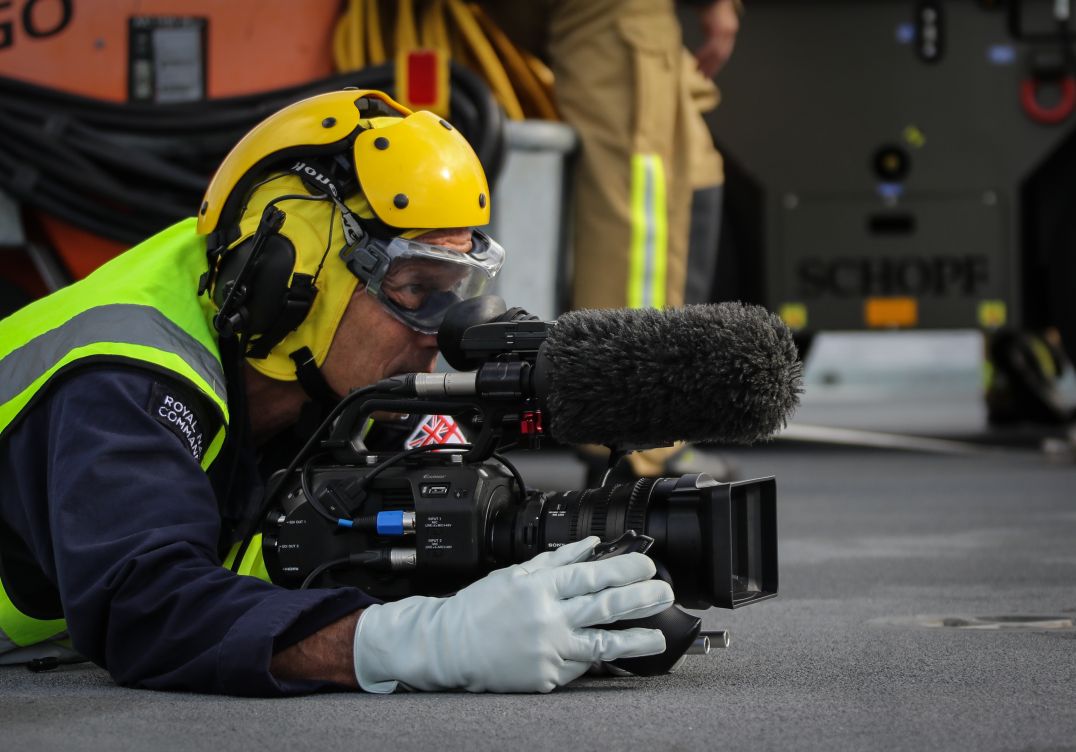 The film tells the story of HMS Queen Elizabeth’s first deployment overseas and Chris spent 4 months at sea, embedded in the ship’s company to make the three-part documentary. Chris says that filming the series was a life-changing experience, and that it was "endlessly exciting, regularly uproarious and frequently emotional, but always inspiring". They confronted snooping Russian warships, landed the first F-35 stealth fighter, sailed into full-blown hurricanes and suffered floods during the four months onboard this incredible vessel.

This follows on from last year's series in which Chris followed the building of the ship and was truly fascinating.

The series is on BBC 2 and you can catch up with the first episode on iPlayer. You can read Chris' interview about his time on the ship with Broadcast Now here.