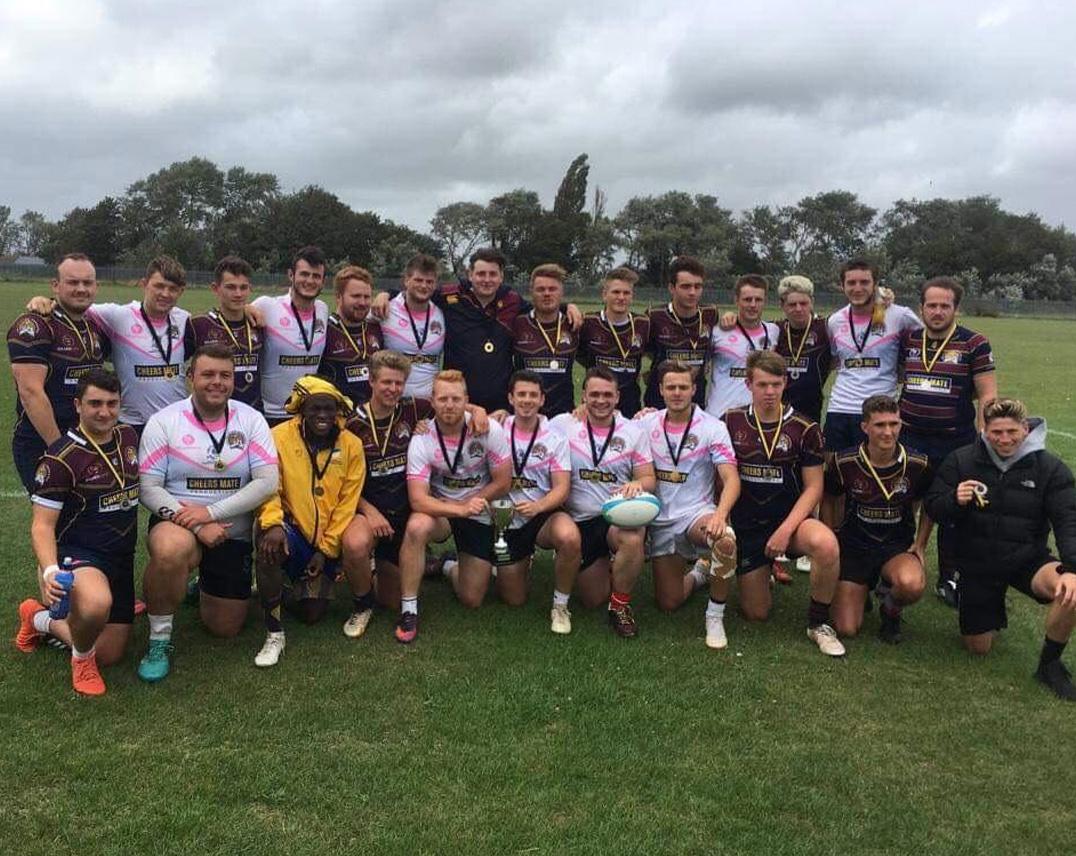 It's finally happened. The boys from Brighton College have won the cup at Littlehampton for the first time! In a tight final against Crawley, they were losing 1-2, but after some stern words from player-coach Aidan Phillips-Cragg and captain Alex Brown, the tide turned. Tries from Ollie Kirwan, Henry Mason and Alex Bushell (all only 18 years old) changed the game, and the boys came out on top 4-2. It was a testament to the Old Brightonian's spirit that they managed to turn the game on its head.

At the same time, the team in Blue were playing in the Bowl final. Unfortunately, the result didn't go their way, as they suffered a 1-4 loss against a strong Burgess Hill side (last year’s winners of the cup).

With 24 players, Los Pelicanos Hermanos managed to put out two sides for the third time this summer, which is another fantastic achievement. Early big wins against Shoreham and Littlehampton made both teams favourite in their groups, with Aidan Phillips-Cragg scoring 5 tries at the group stage, and Henry Mason grabbing 3 more to add to his 1 in the final. There were match debuts for Oscar Pitkethly, Charlie McGregor, Ed Warren, Craig Cunningham, Alex Bushell and Harry Moorat.

The weekend brought a fantastic season to a close; 3 tournaments, a few narrow defeats in plate or cup finals, 1 team in a bowl final, 1 cup win and 6 teams representing the OBs in total.

Focus now turns towards the “Peter Rumney Memorial match” in December against Hove, and the club would love as much support as possible. If you want to play or are able to come along to support, please get in contact.

A big thank you to everyone involved in making this year happen and kudos to both Craig Searle and Alex Maguire who are the only two players to have appeared in every season since the very beginning of “Los Pelicanos Hermanos”.