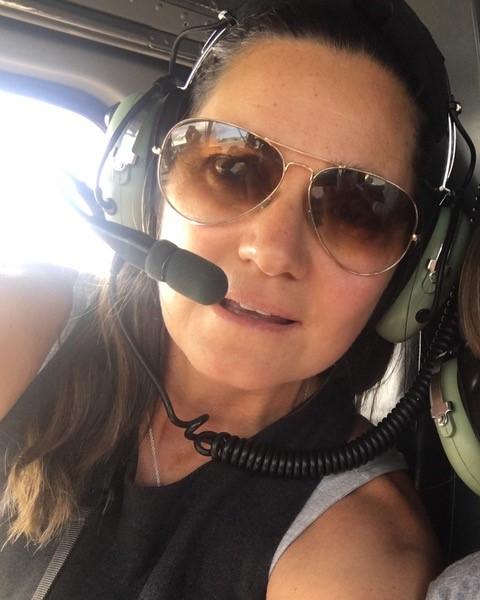 When you were at Brighton College, what did you want to be when you ‘grew-up’?
My family both worked in the media and entertainment industry so as a child I was surrounded with people from this world. I actually thought I wanted to be a film director but to be honest I don't even think back then I knew what the role involved. I am far more left brain than right so ending up in production where its all about money, negotiations and logistics actually made for more sense!

What do you do now, and what does your job involve?
I am a TV producer. Though nowadays I mainly produce TVCs and other forms of advertising broadcast and online campaigns. I freelance, so work with production companies and sometimes direct to ad agencies and clients. I normally work closely with a director and manage a production team and crew to get the idea to the screen for the budget.

What are the most rewarding and challenging parts of your job?
I do enjoy being on set working with people I have known over the years - film making is fun and crew can feel like family. There are some amazingly talented people out there and building great teams for jobs and see ideas come to life can be very rewarding. There are lots of challenging aspects though - especially in today's market where budgets are being shrunk and schedules are getting shorter. I work on a lot of large scale jobs with very demanding overseas directors and as always everyone from the director, creatives, client etc has a different idea / end goal and trying to get them all to align and stay on money and target can be tough. Also being away from home / juggling long hours and shoot days with home life is hard.

Who was your favourite teacher and why?
Mr Spencer (Spud) - I just loved his lessons and the way he taught.

What was the best piece of advice you were given whilst at Brighton?
My dad said to me the first day he dropped me off at the college “put one foot wrong here and before they throw you out I’ll drag you out!” . I had become a bit a tearaway young teen before coming to the college and with those words I pulled my head in and decided to behave and learn!

What advice you give to your 18 year old self?
Travel lots before you settle down. Life is an adventure and full of chapters some good, some not so good, but all part of the journey.

Is there a book, song or film that changed your life?
Not really. I love books so my favourite ones change regularly and with films I am terrible and like easy watching rom-coms, which all the people I work with get astounded about as I should apparently know and love lots of art house / classics / film noire etc etc.. The Proposal doesn't really stack up as a life changing film does it?