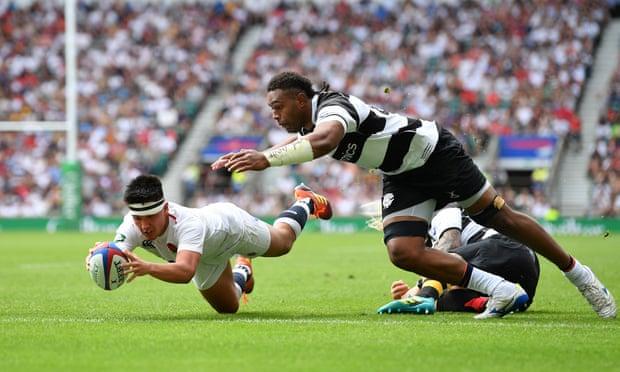 Marcus Smith (Le. 2011-17) was named man of the match on Sunday 2nd June in England's 51-43 victory over the Barbarians at Twickenham.

Fly-half Marcus was named man of the match off the back of a 26-point haul, featuring a nice show and go for his try and a flawless nine from nine off the tee.

Jim Mallinder, Football Union pathway performance coach, said that "Marcus Smith has a massive future ahead of him. He's still eligible to play for the Under-20s but it was the right thing to play at this level. He has done really well. He is a really grounded young man so hopefully he keeps improving. I don't think we should expect too much of him, but he's clearly an outstanding player with ball in hand."

Marcus had withdrawn from the England Under-20s squad bound for the junior world championships to play against the Barbarians.

Congratulations Marcus from all of us at the Old Brightonians!