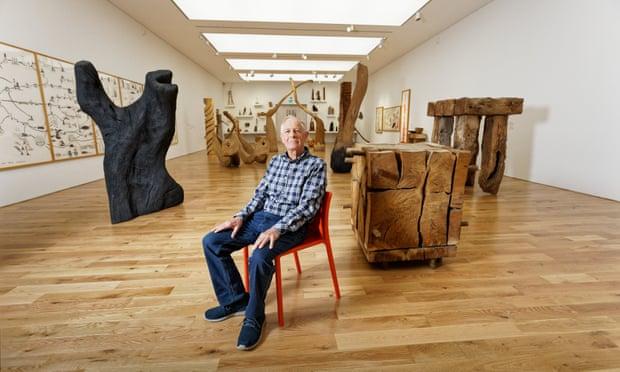 An exhibition of sculptures created out of wood is opening in Cardiff to celebrate the 50 years that David Nash has spent working in and around a former Methodist chapel in north Wales.

David Nash: Sculpture through the Seasons is the largest and most ambitious exhibition of David Nash's work ever presented in Wales.

David Nash is one of Britain’s most important artists, his work has featured in exhibitions across the world and he is represented in many major museum collections. This international reputation was formed in the particulars of place and environment – the studio at Capel Rhiw and the seasons and elements of the surrounding Snowdonia landscape.

An article by the Guardian features an interview with David, which can be read here.

David Nash: Sculpture Through the Seasons runs from 3 May to 1 September at the National Museum Cardiff.