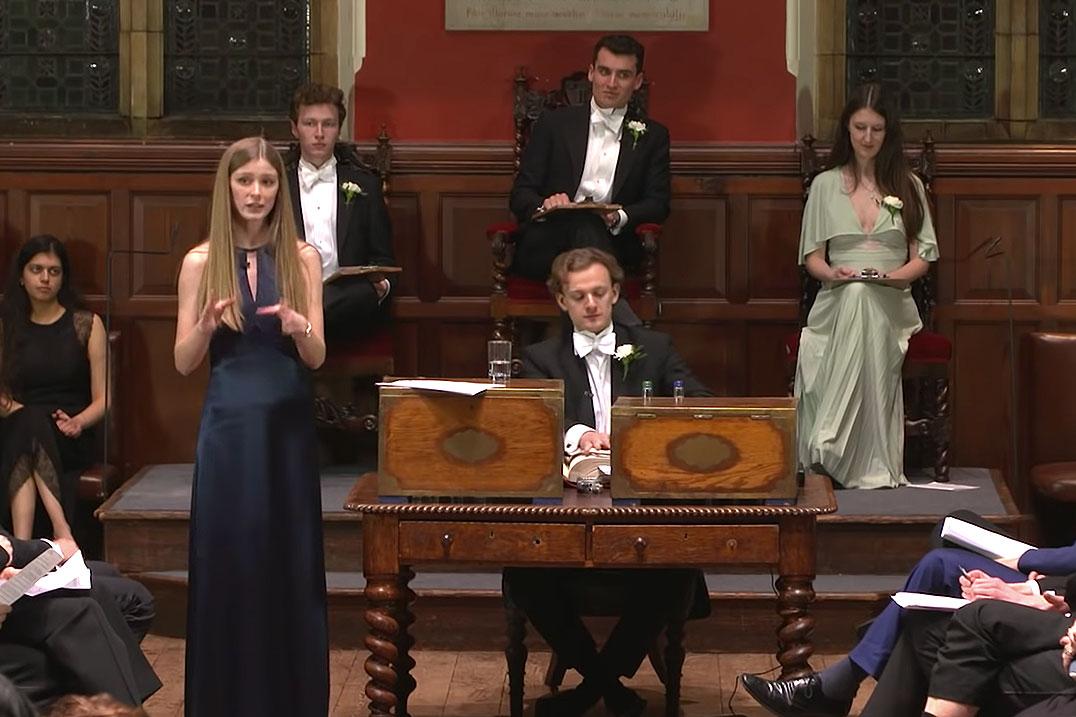 Amber Seaward (Ne. 2015-17) debated to support the Brexit Deal for the Oxford Union Society, the world's most prestigious debating society.

Amber is a Second-year Philosophy, Politics, and Economics student at Magdalen College and the Chief of Staff at the Oxford Union. She achieved the highest PPE mark at Oxford in her first year exams and was awarded a prize for the best written paper in politics.