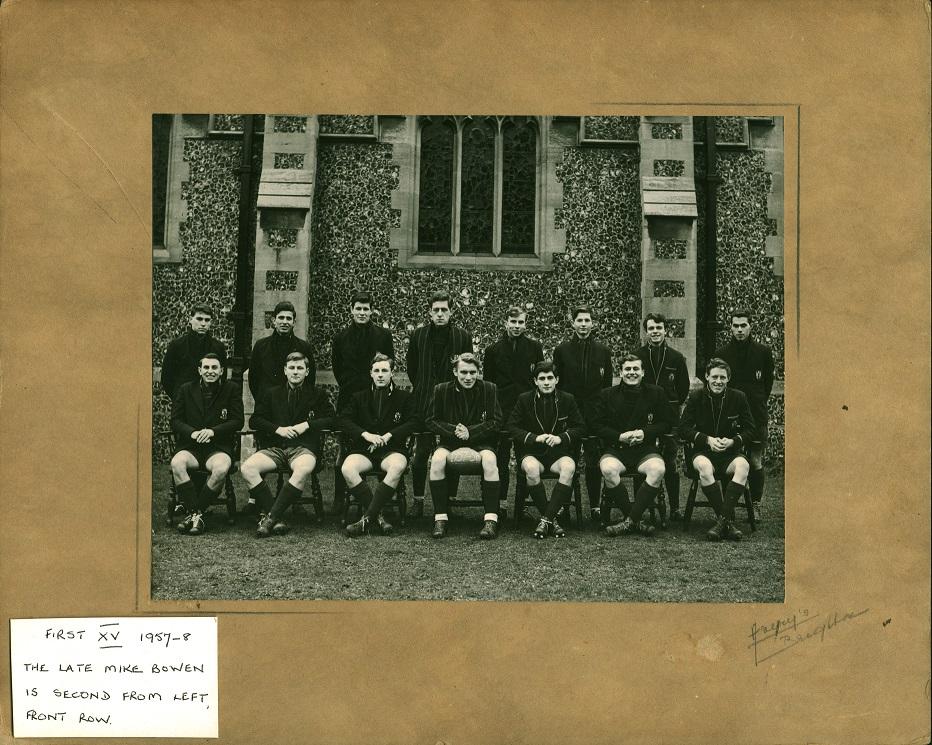 One victory, one draw, nine defeats and friendships for life

The 1957 Rugby season did not start off or end successfully. By January 1957, the 1st XV Coach E.L.B. Turner, had played eleven games. Of these eleven, there was only one victory, one draw, and a whopping nine defeats, including a 3-29 trouncing by St. John’s, and a 0-23 humbling by Cranleigh School.

Perhaps the low point of the season was the defeat to the Old Brightonians Rugby Team, during the ‘ever-popular’ match, recorded in the 1957 Brightonian. On a slippery ground, with a strong wind, the 1st XV were able to dominate possession, and built an early 7-point lead. However, they were unable to take advantage of having the wind behind them in the second, half, and the Old Brightonians fought hard for an eventual 12-17 victory, the OB Team’s first victory since the Second World War.

However, the solitary win of the 1st XV's campaign was an 8-3 home victory, over Mill Hill School. The magazine even commented on the significance of this win, noting, “Neither school had previously won a match this season.” In this match, BC were completely outweighed going forward, and were pushed back in every scrummage- however, Mill Hill were unable to take advantage of the ample opportunities that their dominance provided them. The Brightonian assigns full credit for the eventual victory to the courageous performance of the Brighton forwards. Two tries, scored late in the game, ensured that the 1957 1st XV Campaign was not completely fruitless.

So, it is safe to say that the 1957 1st XV, were not perhaps the strongest of teams in comparison to other schools at the time. However, the success of the team is much larger than the scores they achieved all those years ago. The friendships that were made those 62 years ago have remained stronger than ever, resulting in an annual reunion where the team reunite to reminisce about their school days, and no doubt, those memorable matches. Furthermore, over the years, several members of the 2nd and 3rd XV teams have been invited along!

What became clear to us during our chats with Graham Appleton (Du. 1953-57) was that the results of the 1957 campaign are irrelevant to the attendees of the reunions, as it was the friendships formed during the years at Brighton College that have made the gatherings so special. It is not the defeat to St John’s that Graham remembers, but memories such as when two England team players, including John Currie, visited Brighton College. During one of these sessions, the 1st XV Captain jumped for the ball, only to be sent flying by the internationally capped professionals, much to the shock and amusement of the rest of the team.

It is absolutely heart-warming to hear stories of how Brighton College retains a special place in the hearts of many of its alumni, and has forged many treasured lifelong friendships. If you would like to share your story with us, please get in touch with us at This email address is being protected from spambots. You need JavaScript enabled to view it.. 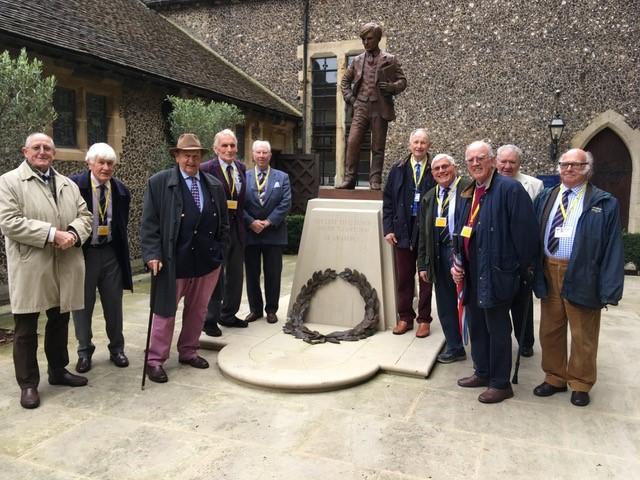