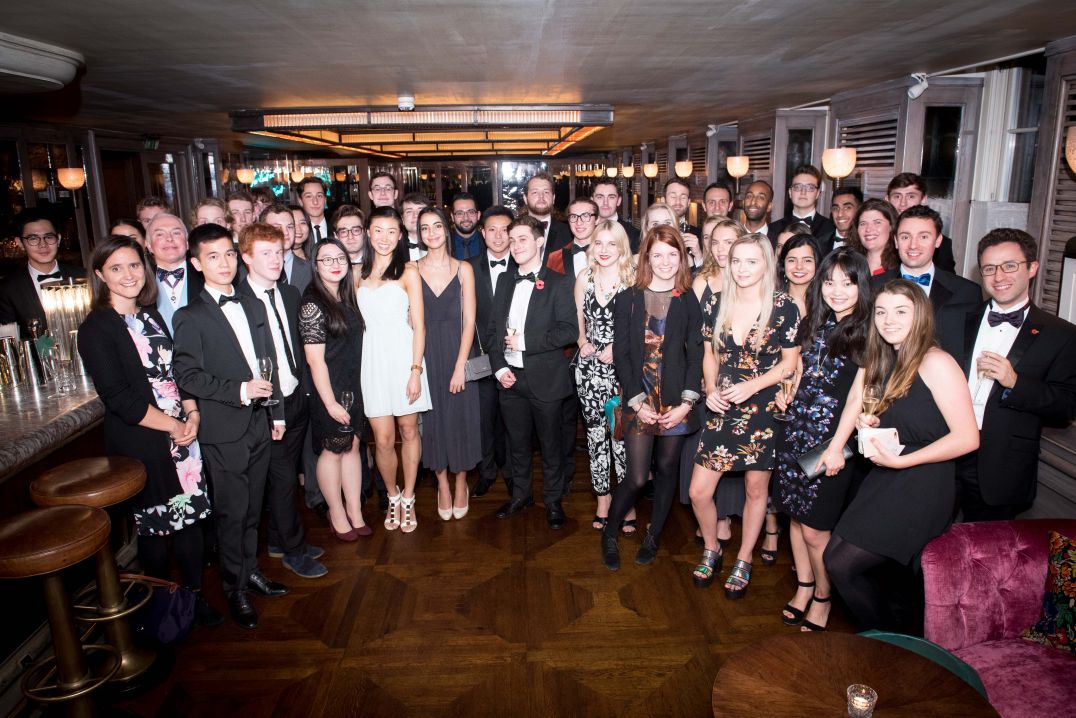 This year saw the third OB London Universities Dinner and we were joined not only by teachers from the Common Room, but also one of our governors, Andrew Cayley (Br. 1977-82) who himself attended UCL. The Old Brightonians is strongly supported by the College Governors, and it was brilliant that Andrew was able to join us.

The OB London Universities Dinner was inaugurated three years ago, and grows in popularity each year. We have been attending the Emin Room at 34 Grosvenor Square, where we are always warmly welcomed and enjoy the ambiance as well as the art work which decorates the space- by YBA, Tracy Emin. This dinner, in particular, was very meaningful to us, as it was the last of the OB events where we were joined by Alan Bird, Deputy Headmaster, as we see him leave at the end of this Michaelmas term to become Head Master at the City of London School. Tessa Hutchinson (Fe. 2006-13) shared with us some of her reflections on her time at the College, as well as the meaning of being an OB and the fantastic network that you are part of. Shaan Bains (Ch. 2010-15) has been to every dinner so far, and shares her thoughts below.

I have been attending this annual event since I started my undergraduate degree at UCL. This year was particularly nostalgic for me, as it is my last year at university. What I love most about OB events is the strong sense of community, as we are all connected by our time at the College, and at this particular dinner, our experience of studying in London. The OB community is special, and something one often lacks at university, especially in a big city like London, so I always look forward to attending OB events. As always, it was lovely to catch up with old friends as well as foster new friendships. I am very much looking forward to the OB London Drinks in February!
Written by Shaan Bains (Ch. 2010-15)

We host a range of OB events both locally and internationally. If you would like to find out more, please visit our events page. If you have any questions, or would like to organise a reunion or event, please do get in touch with the OB office at This email address is being protected from spambots. You need JavaScript enabled to view it..

Photographs from the OB London Universities Dinner can be found here.