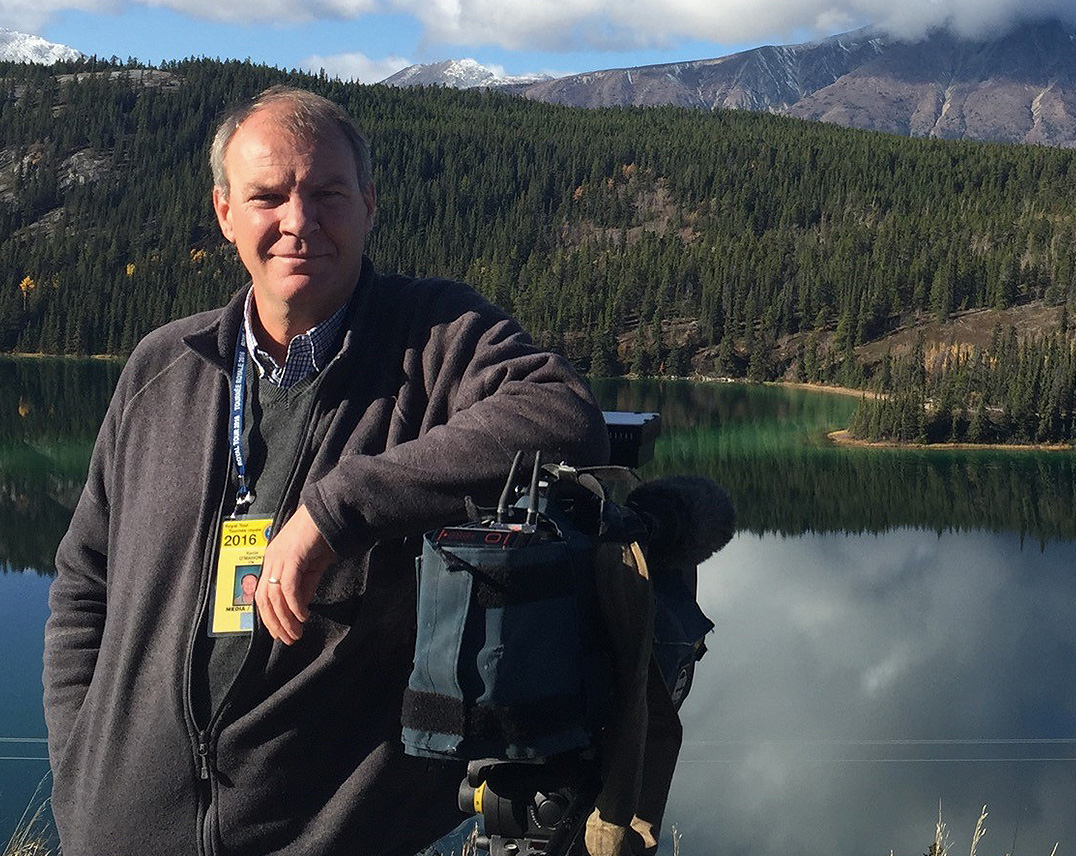 Kevin O'Mahony (Ry. 1979-84) left the College in 1984 and has spent nearly all of his career since then working in the broadcast TV news business. He was part of the start up team when Sky News launched the UK's first 24 hour news channel in 1989, and from there moved to London News Network providing news, sport and current affairs programming to the Carlton and LWT franchises.

After a few years living and working in the US in the mid nineties, Kevin returned to the UK and has since been with ITN (Independent Television News) as a cameraman and editor. He married his wife Lee in the College Chapel in 1988, and they have four daughters now aged 23, 19, and twins that are about to turn 17.

1. When you were at Brighton College, what did you want to be when you ‘grew-up’?

From 1979-1984, in the then newly formed Ryle House. I had no idea what I wanted to do in the future; I briefly considered teaching but quickly drifted off in another direction.

I currently work for ITN (Independent Television News) as a cameraman and editor.

3. What is your best memory of school?
Brighton College was such a happy time for me I have so many memories; (nearly!) all of them good. Going on rugby tour to Belgium and Holland as a group of 15/16 year olds was certainly a highlight. We remained unbeaten on tour and returned, including a night in Amsterdam, without incident. Ok, without serious incident.

4. What was the best piece of advice you were given.
'Work hard, play hard.' and 'The man who never made a mistake never made anything'.

5. What do you do /did you do as a career.
I've spent the vast majority of my career in the broadcast TV news business with stints at Sky News, London News Network, 3 years working for NBC in the States, a period of freelance work and the last 12 years or so with ITN.

6. What does your job involve?

Filming, editing and transmitting news reports from the UK and around the world for ITN.

7. What are the most challenging parts of your job?
Dealing with whatever the environment you are working in throws at you. Sometimes that is extreme weather, and sometimes it's because you're working in the middle of a conflict zone. Each environment throws up a new load of challenges. And deadlines.

8. What have you done that you are most proud of?
On a personal level it's being father to four wonderful daughters who all make me proud every day. Professionally it's the rare occasions when we are able to reach places that few journalists get to, and can tell the story of what is happening to people there. Most recently I travelled to Yemen, and saw at first hand the war that continues to destroy the country and have terrible consequences for the people caught up in it.

9. What is the single thing that would most improve the quality of your life?
Being able to click my fingers and have the same eyesight I had 10 years ago without having to wear glasses.

10. What are the three objects you would take with you to a desert island?
My iPad loaded with all my photos, books and films. A solar panel and iPad charger. A fully stocked spice cupboard.

11.How would you like to be remembered?
Well I hope 'being remembered' is still a way off! But I suppose as a good husband, father and son, and good friend to many. Oh, and a legendary line out jumper in the days before that ridiculous lifting rule was introduced.