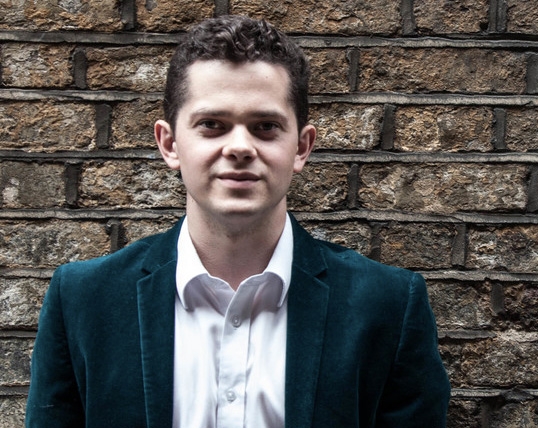 OB James Way (Ry. 2005-10 ) gave a wonderful performance at the Last Night of the Proms on Saturday 10th September and we were delighted to catch up with him this week to find out how it had gone from his perspective.

"It was a fantastic experience to perform at the Last Night of the Proms and a real blessing to do so performing such a beautiful piece of music. I had performed the same role in the piece back in January with the City of Birmingham Symphony Orchestra at Symphony Hall which was amazing, but singing in the Royal Albert Hall with the BBC Symphony Orchestra for the Last Night of the Proms was a truly unique experience.

Since leaving Brighton College I’ve been very fortunate in the opportunities I’ve been given, perhaps one of the most important of these was being invited (relatively last minute!) to a Schubert song masterclass with Malcolm Martineau in Aldeburgh. This then led to me being offered a role in an opera at the Aldeburgh Festival the following year where I was on stage with some fantastically experienced singers and learnt a lot! Last year I made my debut with the Philharmonia Orchestra at the Royal Festival Hall and have spent the last two summers singing in the chorus and understudying roles for Garsington Opera where I return to this summer to sing a small role in a new opera by Roxanna Panufnik.

I’m also very excited to be coming back to Brighton College sing in the new recital hall this autumn."

To hear James at the Autograph Concert on 9th November in the Sarah Abraham Recital Hall, Brighton College simply book your tickets by emailing This email address is being protected from spambots. You need JavaScript enabled to view it. or telephone 01273 704 200.

If you missed the performance at the Proms you can still see it on-line at the BBC website.