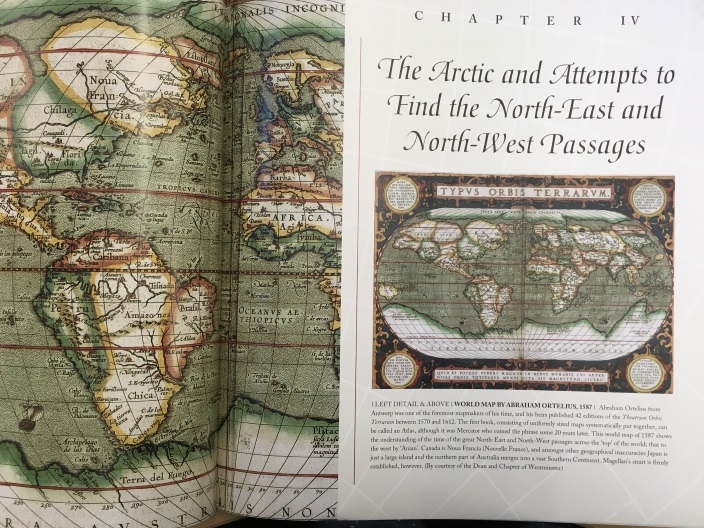 John Blake’s first book  The Sea Chart, with a foreword by HRH the Duke of York, was published in 2004 by Conway Maritime and was short listed for the British Book Awards in three categories and for the Mountbatten History prize. A Second Edition of The Sea Chart was published in hard back in March 2016 by Bloomsbury with a foreword by Sir Ben Ainslie CBE, an additional 55 pages and 44 more illustrations of early sea charts and maps and a new cover.

John Blake (Br. 1957-61)  was born in Tenby, Pembrokeshire and went to Chelmsford Hall, Eastbourne and then to Brighton College and on to Britannia Royal Naval College, Dartmouth  serving in the Royal Navy and in the Reserve for nearly 16 years as an executive and navigating officer, attaining the rank of Lieutenant Commander.  During his naval time he served extensively in sea-going ships and qualified as a navy underwater diver and a naval air defence specialist.  On leaving the service he gained a business diploma and moved into retailing, opening three retail stores in Covent Garden, London; Boston, Massachusetts and later in Osaka, Japan, featuring exclusively British craftsman-made artefacts.

In 1991 John Blake and his wife initiated an Intellectual Property Licensing Agency, Classics Licensing Company Ltd, and in 1996 helped instigate and run the licensing of the United Kingdom Hydrographic Office archives, producers of the Admiralty sea charts, as their Licensing Agent for six years under the brand name “The Admiralty Collection®”.

He is a keen maritime historian and a Fellow of the Royal Institute of Navigation, has had published or contributed to nine books, writes on maritime history for yachting and maritime magazines and gives lectures. He is a member of the Society of Authors.

About the Sea Chart

To sail the oceans needed skill as well as courage and experience, and the sea chart with, where appropriate, the coastal view, was the tool by which ships of trade, transport or conquest navigated their course. This book looks at the history and development of the chart and the related nautical map, in both scientific and aesthetic terms, as a means of safe and accurate seaborne navigation. The Italian merchant-venturers of the early thirteenth century developed the earliest 'portulan' pilot charts of the Mediterranean. The subsequent speed of exploration by European seafarers, encompassing the New World, the extraordinary voyages around the Cape of Good Hope and the opening up of the trade to the East, India and the Spice Islands were both a result of the development of the sea chart and additionally as an aid to that development. By the eighteenth century the discovery and charting of the coasts and oceans of the globe had become a strategic naval and commercial requirement. Such involvements led to Cook's voyages in the Pacific, the search for the Northwest Passage and races to the Arctic and Antarctic. The volume is arranged along chronological and then geographical lines. Each of the ten chapters is split into two distinct halves examining the history of the charting of a particular region and the context under which such charting took place following which specific navigational charts and views together with other relevant illustrations are presented. Key figures or milestones in the history of charting are then presented in stand-alone story box features.This new edition features around 40 new charts and accompanying text.

"The magnificent, enduring legacy which Lt Cdr John Blake, RN, has bequeathed to the world is one of those astonishing volumes which changes lives because it transforms the way history is viewed. Thank you, Lt Cmdr Blake. You have become the second Blake to bring nautical greatness to the Royal Navy!” –  Defense & Foreign Affairs Special Analysis

“.. in this lustrous work, John Blake ... has assembled a mouth-watering collection with which to illuminate this history of cartography.” –  Classic Boat Magazine

The Sea Chart by John Blake available from Bloomsbury. 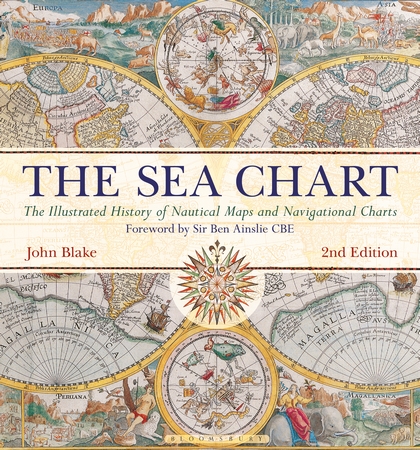