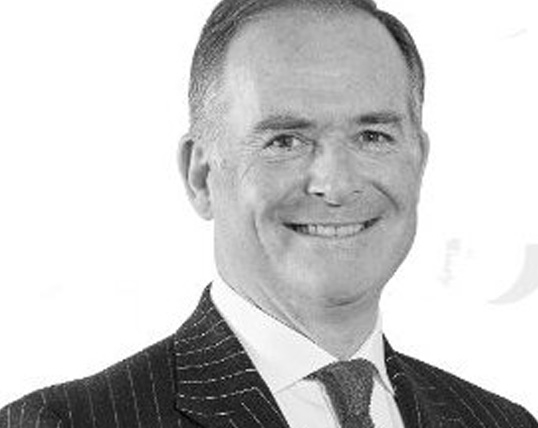 Bill Gornall-King is a Partner in the Commercial & Technology group at Boyes Turner LLP and specialises in helping organisations protect and exploit their intellectual property both in the UK and internationally. He is ranked by both Chambers Guide to the Legal Profession and The Legal 500 as one of the UK's leading IT and Corporate & Commercial lawyers.

1. When you were at Brighton College, what did you want to be when you ‘grew-up’?
My Birkbeck test results suggested that I should do well in Finance (accountancy, banking and finance) or law. My grandfather thought I should do accountancy, perhaps this was prescient as accountants do now seem to rule the world! Entering the family profession – medicine – was not an option for me as I dropped (as it would turn out foolishly) physics and chemistry before O level.

In terms of lawyering, originally I thought I’d like to be a barrister - for two years I was in the College public speaking team and had enjoyed debating at Prep School (St Christopher’s) - but a school visit to Lincoln’s Inn and meeting with Lord Denning, the then Master of the Rolls, convinced me that I would probably make a better solicitor.

I am a solicitor, husband and father. I help to run a National 2 Rugby Club. I’m an enthusiastic military historian. I’m a charity fundraiser for Action for Children. I’m a trustee of the Sandhurst Trust and a non-executive director of the Thames Valley Chamber of Commerce; also business representative on the Reading Local Strategic Partnership and the Business growth and Skills group of the Reading UK CIC.

3. What is your best memory of school?

That’s difficult. I have struggled with “best” because, after a somewhat difficult first year, I have many good memories of my time at the College.

A few of them:

4. What was the best piece of advice you were given?
Three: two of which I follow and one I struggle with and I’ll leave you to guess which it is:

5. What do you do/did you do as a career?
Having resisted the sadly late lamented Bill Blackshaw’s entreaties after I received my ‘A’ level results (no going to school to collect them in those days they arrived by postcard!) to return for the Oxbridge term I read law at Exeter. Who’d believe their offer was for BBC grades! From there I went to the College of Law at Guildford for the “guinea pig” one year long “Finals” course and then to Reading for two years articles with a law firm in 1980.

Not for a moment did I think I would still be in Reading 36 years later!

After qualifying in 1982, I remained at the firm at which I had trained for six years, becoming a partner in 1985. Whilst there I was national chairman of the Law Society’s Trainee Solicitors Group, beating a young lawyer called Keith Vaz in the election to the chair. We persuaded the Law Society to introduce the minimum salary wage for articled clerks, since abolished but maybe about to be reintroduced – how the wheel turns!

Later I became Secretary of the national committee of the Young Solicitors Group and co-wrote a Law Society booklet for aspirant law firm partners. I sat on the Society’s Education & Training committee for three years and helped introduce continuing professional development!

I began my career as a commercial lawyer and remain that. In the eighties and nineties I did a lot of insolvency and restructuring work but throughout my career I have specialised in intellectual property and IT law, advising businesses in the TMT, electronics and engineering sectors, advising on the protection and exploitation of their intellectual property, hence my regret at not having kept up science. I work with a number of international businesses helping them to negotiate global trading arrangements as well as advising on their business strategy and from time to time crisis management.

For twelve years I served on the Law Society’s Intellectual Property Committee (2003-2015).

I am still a partner and full-time lawyer. I find the challenges of problem solving and providing solutions for my clients stimulating and rewarding. I spend much of my time mentoring and developing the skills of junior lawyers as well as providing counsel to my partners. I am still learning – maybe that’s why lawyers practice law?!

I am a non-executive director of the Thames Valley Chamber of Commerce Group, one of the largest BCC accredited chambers of commerce outside London.

For the past three years I have been a trustee of the Sandhurst Trust a charity that supports the Royal Military Academy Sandhurst, through promoting esprit de corps, sustaining ethos and preserving its heritage as well as promoting and promulgating the Army’s approach to leadership.

Locally, I am a board member of the Reading Local Strategic Partnership which brings together the local authority, various agencies, community groups and business with a view to working in partnership for the benefit of all the town’s residents, visitors and people who travel to work in Reading.

6. What does/did your job involve?

Being available to my clients whenever they need me; often acting as their guide and mentor – as their trusted advisor - providing an objective view whilst seeking solutions to the issues they face thus enabling them to achieve their objectives.

It also means working hard, modern instantaneous communication has bred a belief that advice can equally be given instantaneously! The pressure to perform has never been greater. In addition there is the challenge of constantly looking to find and develop new clients; and keeping up-to-date with changes in the law, statutory and judge-made, as the law does not stand still.

7. What are the most challenging parts of your job?

Managing client expectations: even when sometimes they are unrealistic as to what is involved in achieving their objectives, the timescale within which and the price at which they can be performed.

Not having enough “thinking time”!

Compliance with our regulators’ ever-changing strictures!

8. What have you done that you are most proud of?
Hmmm! That’s a hard one. Aside from purely work–related achievements for clients there are a number that I can’t rank but which are a source of pride:

9. What is the single thing that would most improve the quality of your life?
Being freed from the tyranny of the time sheet! Lawyers will know what I mean.

10. What are the three objects you would take with you to a desert island?

Assuming I have my eight records, the Bible and Complete Works of Shakespeare:

I’m going to be cheeky here: it would have to be my library of military history books and my reading spectacles – would that count as one object? Actually, here I wish to pay tribute to one of the three masters at the College who truly inspired me: the late great Norman Frith who developed my love of history which then lay dormant for nearly 25 years before a friend – an ex-Gunner – took me on my first visit to Flanders and the Somme (the closest we ever got in history to the 1st World War was the “Origins of the Russian Revolution” in European History!) and reawoke in me a passion for history.

Secondly, a coffee machine with grinder and an infinite supply of yirgacheffe coffee beans.

Thirdly, a trombone and a supply of sheet music so I can pick up where I left off 40 years ago and master the instrument (and not have to write the slide positions over every note)!!

11. How would you like to be remembered?
To be frank I’d be flattered if anyone remembered me.

I have always been inspired by the motto of St Christopher’s – altiora peto which, if I remember correctly, translates as ‘I seek higher things’ or I aim higher; and also the College’s ΤΟ Δ’ΕΥ ΝΙΚΑΤΩ ‘Let right prevail’.

I hope I will be remembered as someone who cared and tried to make a positive difference.