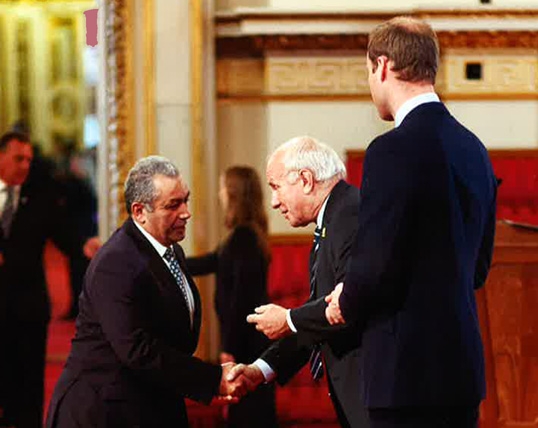 As part of the FA's 150 year celebrations, Paul Samrah was recently recognised by the FA for his close involvement with Brighton & Hove Albion. Paul was Chair of the campaign which after many years successfully secured planning permission for Brighton's American Express Community Stadium. Prior to this, his detailed research uncovered multiple accounting and regulatory breaches which lead to regime change facilitated by the FA. In 2008, he was named Football League Fan of the Year at a Sky TV awards ceremony.

Paul and his wife Belinda attended a ceremony at Buckingham Palace, where Paul received a medal from Prince William (the FA's President) in the Palace's ballroom – frequently used for state banquets and investitures. Lunch followed at the Palace with other volunteers, hosted by Prince William and attended by various footballing dignitaries including Michael Owen and Howard Webb. Along with the massed Royal media, they then watched a League match played on the immaculate Palace lawns, between the two oldest amateur clubs in the country – Chiswick based Polytechnic FC and Civil Service FC.