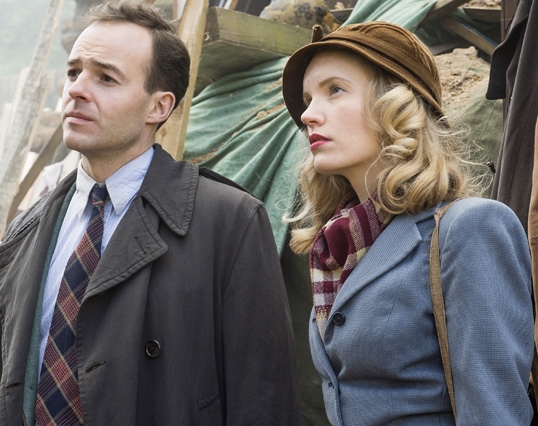 Tamzin Merchant (F. 2000-05) is to take the lead role of Molly Cooper in ITV1's Murder On The Home Front. The drama is loosely based on the memoires of Molly Lefebure, the secretary to Home Office pathologist Keith Simpson during World War II.

Murder On The Home Front is set in the 1940′s during the London Blitz and tells the untold story of crime in London during the Second World War. As the Luftwaffe drop their bombs, below people are literally getting away with murder. Dr Lennox Collins, a pathologist new to murder cases, is paired with Molly Cooper (Tamzin Merchant), the very first female secretary to a pathologist. When together they discover a serial killer at large under cover of the Blitz, Lennoxhas his work cut out convincing his unsympathetic boss to have faith in his methods and theories.

The novel approach of preserving a crime scene, treating every bit of physical evidence as the key to a break-through and not just relying on intuition, may help Lennox and Molly convince DI Freddie Wilkins that they are about to hang the wrong man.

Murder On The Home Front by Molly Lefebure is available on amazon.co.uk and will be shown as a two-part drama on ITV1 in May.