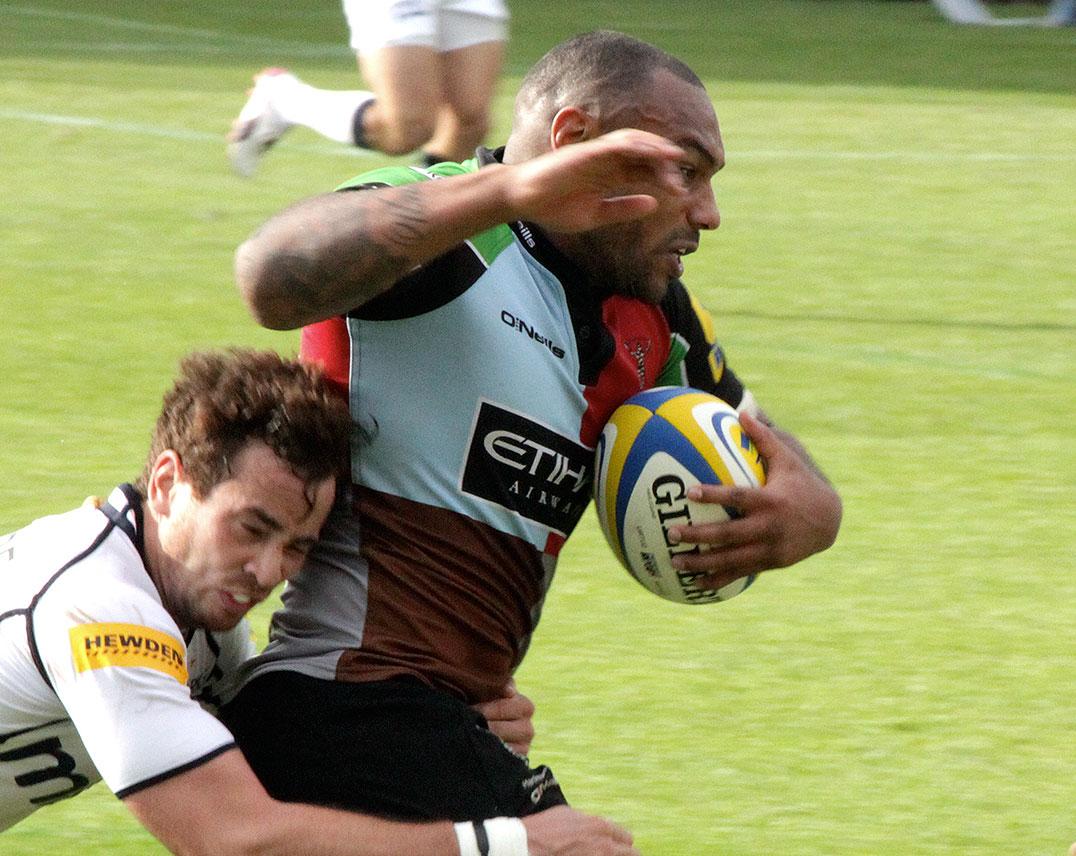 Jordan Turner-Hall (born 5 Jan 1988) in London, England is a rugby union player for Harlequin F.C. and England, playing primarily as a Centre.

A product of Brighton College, he first played the game on the wing for the Hove club’s U14 side and became a member of the Junior National Academy in 2004.

He made his Harlequins’ debut in the Premiership against Bristol at the age of 18 on October 15, 2006 and injected potency into the Harlequins’ midfield since graduating from the club’s academy. He has earned a reputation as a potent off loader of possession to create try-scoring opportunities for others and played off the bench for Henry Trinder in England Saxons’ 41-14 win over Tonga at Gloucester last June.