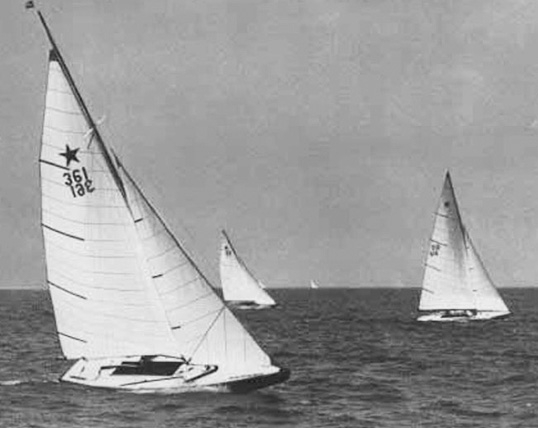 George Colin Ratsey (July 30, 1906 – March 12, 1984), educated at Brighton College, was a British sailor and sail maker who competed in the 1932 Los Angeles Summer Olympics. He won the silver medal in the Star Class. Part of the famous Ratsey sailing dynasty.

After attending Brighton College, he served an apprenticeship as a sailmaker with his father's company, and was associated with Ratsey & Lapthorn, the oldest sail manufacturer in the world for over 50 years. The firm, whose sails adorned Lord Nelson's fleet at Trafalgar as well as numerous America's Cup contenders, was founded in England in 1690 www.ratseysails.co.uk. In addition to his Olympic silver medal in 1932, he won the Prince of Wales Cup in 1939 for 14-foot dinghies, and the Prince Philip Cup for Dragon class in 1959.

Ratsey sailed with two America’s Cup challengers, the English J-boat Endeavour in 1934, and the 12-metre Sceptre in 1958. He was also responsible for introducing the sport of frostbiting – winter sailing in small boats – to England. He eventually moved to the United States after his retirement from Ratsey & Lapthorn, and became vice-president of Yardarm Sailmakers in Needham, Massachusetts, and continued to be active in international sailing circles.