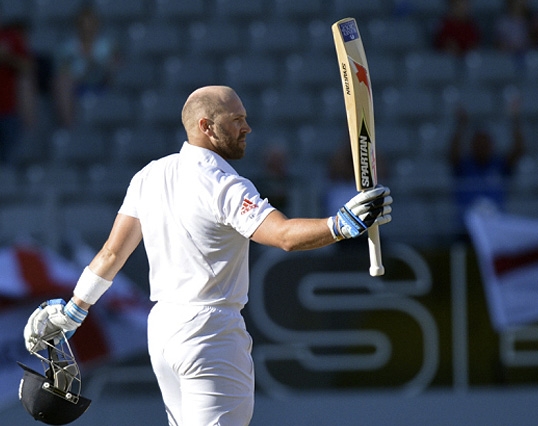 Congratulations to Matt Prior (R. 1995-00), who was named England Cricketer of the Year at a special ceremony at Lord's this week.

The Sussex wicketkeeper fought off stiff competition from Alastair Cook and Jimmy Anderson to scoop the award which was voted for by members of the cricket media.

The former Brighton College pupil is the first wicketkeeper to win the award but was the outstanding choice after scoring seven Test half centuries and a match-saving hundred in the final Test in New Zealand in February.

Prior said: ''It was fantastic when I found out, a huge honour to be singled out as player of the year.

"I feel slightly uncomfortable with it, because individual accolades are not really the reason I play.

''I want this team to win. I get much more out of the group winning a Test or series.

''I think it's very easy to look back and think 'that was a great year' and pat yourself on the back. That's certainly not something I'll be doing.

''Yes, it was a great year and I'll take a huge amount of confidence from it but you've got to knuckle down and look to improve. It's back to the drawing board now, and it all starts again.''

Prior's ton against the Black Caps was also voted the Cricketing Moment of the Year by England fans.

Article reproduced here with kind permission of The Argus.