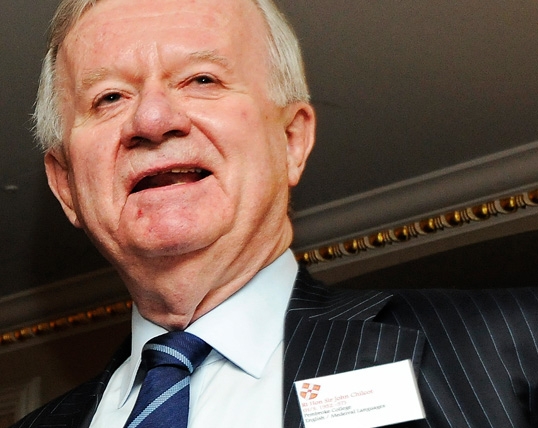 In June 2009, Sir John was announced as the chair of the inquiry into the circumstances surrounding the March 2003 invasion of Iraq and its aftermath.

Since 1999 he has been the chairman of the B&CE (building and civil engineering) Group, which provides ‘on a not-for-profit basis’ pensions, insurance, holiday pay and other benefits to the construction industry. Sir John’s other appointments include staff counsellor to the National Criminal Intelligence Service, chairman of the Police Foundation and member of the National Archives Council. He was appointed CB in 1990, KCB in 1994, GCB in 1998 and became a Privy Counsellor in 2004.

In accepting this appointment Sir John acknowledged ‘a serious obligation to Brighton College, as well as a strong sense of attachment’, and we are absolutely delighted that he joins us as the Association enters a new era as an integral part of the school.