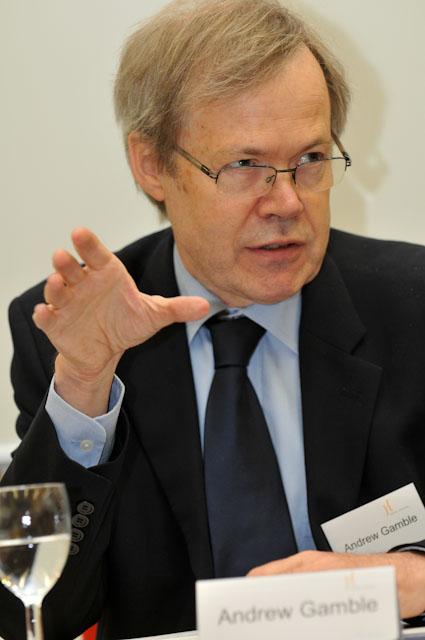 After leaving Brighton College, he read economics at Cambridge and then went onto the University of Durham to gain a master’s in political theory, before returning to Cambridge to do his Ph.D.

Professor Gamble taught at the University of Sheffield from 1973 until 2007, then Cambridge (2007-14), before rejoining the Politics department at Sheffield in 2014. Whilst at Sheffield, he was founder, member, and Director of Political Economy Research Centre and Pro-Vice-Chancellor.

He was elected a Fellow of the British Academy in 2000 and a Fellow of the Academy of Social Sciences in 2002. In 2005, he was awarded the Sir Isaiah Berlin Award for Lifetime Contribution to Political Studies. Andrew has written, edited, and contributed to numerous books including After Brexit, and Other Essays published in April 2021.