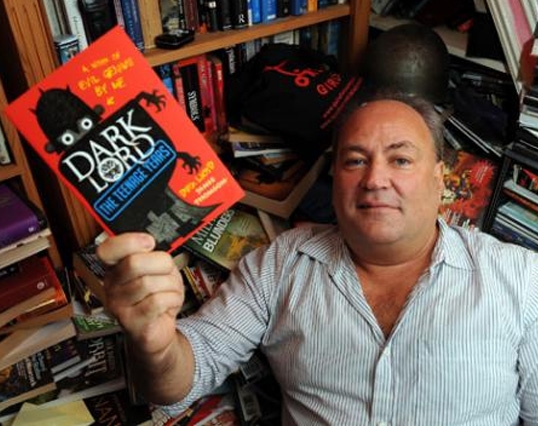 Jamie Thomson (H. 1972-75), author, games designer and all round creative gem recently won the Roald Dahl Prize for his wonderful book "Dark Lord: Teenage Years". Born in Iran, Jamie then grew up in Brighton where he met one of his co-authors Mark Smith (B. 1972-77) at school at Brighton College. He graduated from the University of Kent with a degree in politics and government.

He is the author of numerous novels and 'choose-your-own-adventure' type gamebooks. His contributions to the genre include four major creator-owned series: Duelmaster, Falcon, and Way of the Tiger (all co-written with Mark Smith) and Fabled Lands (co-written with Dave Morris). He also co-wrote three books for the Fighting Fantasy series: Talisman of Death and Sword of the Samurai, again with Mark Smith, and The Keep of the Lich Lord with Dave Morris.

He also co-wrote an adventure game, The Tower of Despair for Games Workshop. Currently he has three novels for children published, Corvus, by Boxer Books and the Dark Lord series (Dark Lord: The Teenage Years and Dark Lord: A Fiend in Need) published by Orchard books in the UK, by Walkers Children in the US, by Arena in Germany and Alfaguara in Spain.

Jamie recently came in to the College to speak at our Sixth Form Careers Evening and proved a great hit with our assembled sixthformers!