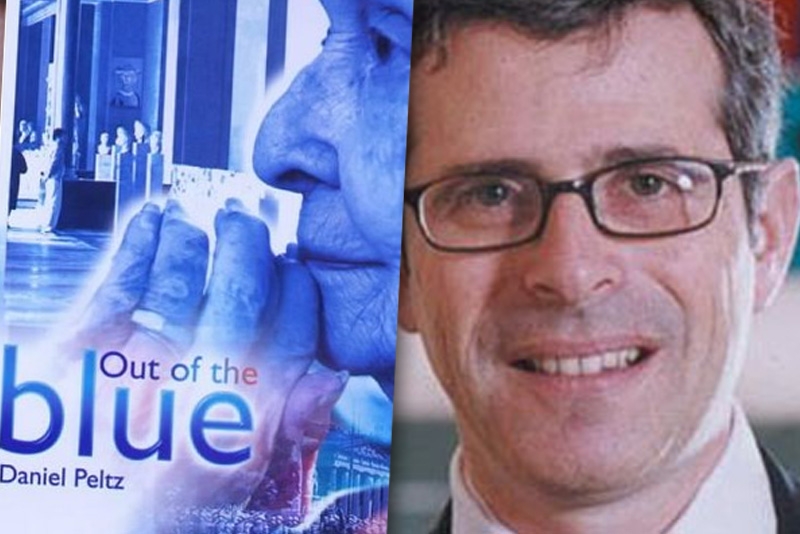 It is unusual for a property stalwart to write one, let alone two, novels. The Sunday Express, awarding a four-star rating, describes Daniel Peltz’s second novel Out of the Blue, published in October, as ‘one of the best war stories you’ll read this year’. Another review refers to it as ‘a highly emotional and beautifully constructed novel’.

Starting with an elderly woman’s visit to a London art gallery in 1995, it goes back in time to the horrors of Holocaust Europe as the central character attempts to reclaim a painting by Picasso as her birthright.

It is a topical subject. Only last month the FBI in Los Angeles reportedly seized a Picasso as Nazi looted art. Even actress Elizabeth Taylor has been embroiled in defending a similar claim in respect of a Van Gogh. And the legal issues go far beyond art, extending to current claims for restitution of disputed real estate in northern Cyprus and the thousands of still unresolved claims for restitution against post-communist governments in eastern Europe.

Suitably impressed by glowing reviews for Out Of the Blue, a gripping historical story set in wartime Paris, I sat down with the author over lunch to find out how he came to writing.

Daniel Peltz, 43, is flamboyant, outgoing and sociable. His first property role began in 1989 with GUS. He gained ‘fantastic retail experience’ looking after its 1,000-strong shop portfolio, visiting every high street in the country. When, in 1999, the portfolio was sold into a joint venture with British Land, he joined the listed property company to run the merged entity. This had the added bonus of enabling him to work alongside his oldest friend, Nick Ritblat.

In 2001 Daniel left to start specialist retail investor, London Freeholds. I was intrigued to find out if his business life has influenced his writing, since the property sector is not renowned for providing literary inspiration. Daniel admits that his first novel, Blood Ties, was ‘a little autobiographical’ and, therefore, some of the characters bore more than a passing resemblance to his acquaintances.

Interestingly, central to the novel is a corporate takeover and Peltz admits that he was able to make good use of the valuable commercial experience gained from being close to the British Land takeover of ASDA Properties.

It comes as no great surprise that Daniel is an avid reader, mainly of history, having studied the subject at university. Although not inspired by any one writer, he has read his way through the great novels in a disciplined way and through what he describes as ‘a craving for knowledge’. He is married to Elizabeth and has four children under 15.

Before putting pen to paper, he often thought about writing and, encouraged by his wife, family and friends, including many in the property sector, he began Blood Ties at the end of 2000. With 10,000 words before he knew it, the balance was written voraciously over an intensive 18-month period.

He admits his first novel, blood ties, was ‘a little autobiographical’.

He believes his second book is better written since his style has developed. Even so, Daniel admits to having problems with the timeline, changing the date of the birth of his central character several times to suit the plot.

Can Daniel offer tricks of the trade for budding writers who find they have time to spare over the festive season? Of course, it helps if you can write well. Daniel does not hold with the cliche that everyone has a novel in them. He stresses the need to be disciplined and patient, to ‘just get on with it, and make it more than just an idea’.

He always researches his subject carefully and thoroughly, but I was surprised to learn that he doesn’t plan a skeleton story in advance. He starts with an idea, begins putting it on paper and the story develops.

Peltz adds: ‘You know when it’s good because you’re typing and just can’t get the words out fast enough. Speech helps since it crystallises a point of time and moves things along.’

He strongly advises having an agent to have any chance as a new writer. With a total of 17 rejections before he found his publisher, Peltz learnt you have to be tenacious. Publishers are understandably reluctant to risk backing new, untested writers. Daniel was fortunate to find the Book Guild which actively encourages new writers although it is selective, publishing only a fraction of applications received.

Peltz is unlikely to give up his day job since, as he ruefully admits, he ‘won’t earn a fortune out of writing’. But he does derive great satisfaction from being creative.

As he puts it: ‘The book didn’t exist before me. You make a mark – that I like.’ And the inordinate pleasure he derived from the cheque for his first novel was completely out of keeping with the amount.

Watch out for the next book, billed as a ‘modern-day Shakespearean drama’ in which I am told the property world will be portrayed.