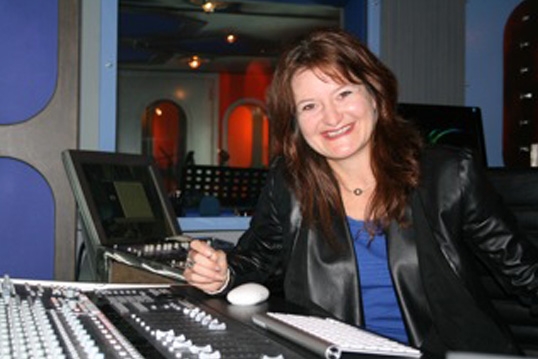 Following much encouragement from the music department during her time at Brighton College, Nina now continues to write music for film and television.

In recent years she has scored sci-fi remake A for Andromeda, Wide Sargasso Sea, Bafta-winning drama White Girl, and the hit BBC1 comedy with Ben Miller, The Worst Week of My Life. Nina has just finished working on a new drama for BBC2 called The Night Watch, adapted from Sarah Water's WWII novel. The music is in keeping with Nina's unique style of writing, ranging from dark, dramatic and eerie to the more romantic.

Set against the turbulent backdrop of Forties London, The Night Watch tells the stories of four young Londoners inextricably linked by their wartime experiences. In a time when the barriers of sexual morality and social convention have been broken down, Kay, Helen, Viv and Duncan enjoy a freedom never experienced before as they engage in secret liaisons and passionate trysts. The Night Watch aired on BBC2 at 9.00pm on Tuesday 12th July, you can still catch it on BBC iplayer if you are quick! Or of course on DVD once it is released.