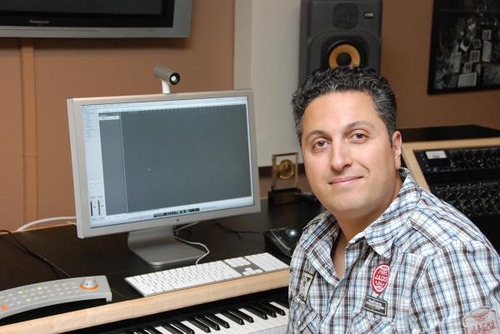 A veritable force in motion picture advertising, video games, television and ﬁlm, Kaveh has taken the industry by storm.

With his intense and cutting edge sound, Kaveh's compositions have thrilled audiences on both the large and small screen in literally hundreds of campaigns for Hollywood's biggest blockbuster ﬁlms including: Iron Man 2, Clash of the Titans, Prince of Persia, Alice In Wonderland, The Wolfman, Twilight Eclipse, Robin Hood, Avatar, Transformers Revenge of the Fallen, Terminator Salvation, Watchmen, The Dark Knight and countless others. Not stopping at movie trailers, Kaveh has scored numerous commercials for clients including AT&T, Sony, SEGA, NBC, Mattel and Six Flags.

Kaveh’s haunting orchestral score for Lions Gate Films’ cult favorite Beyond The Wall of Sleep has met with critical acclaim. He’s composed scores for dozens of television shows including award winning and Emmy nominated shows and mini series such as Ocean Adventures, The Science of Star Wars, The Crash of Flight 191, Biography: John Travolta, Red Flag, Above and Beyond, Probable Cause and many others. He’s also been a contributing composer for several top rated network prime time reality shows.

Kaveh composed the score for the 2007 Audiobook Of The Year, The Bible Experience, a complete and fully dramatized recording featuring an all star cast including Denzel Washington, Angela Bassett, Blair Underwood, Cuba Gooding Jr., Robert Guillaume and many others. His beautiful and dramatic score was recorded live in Prague.