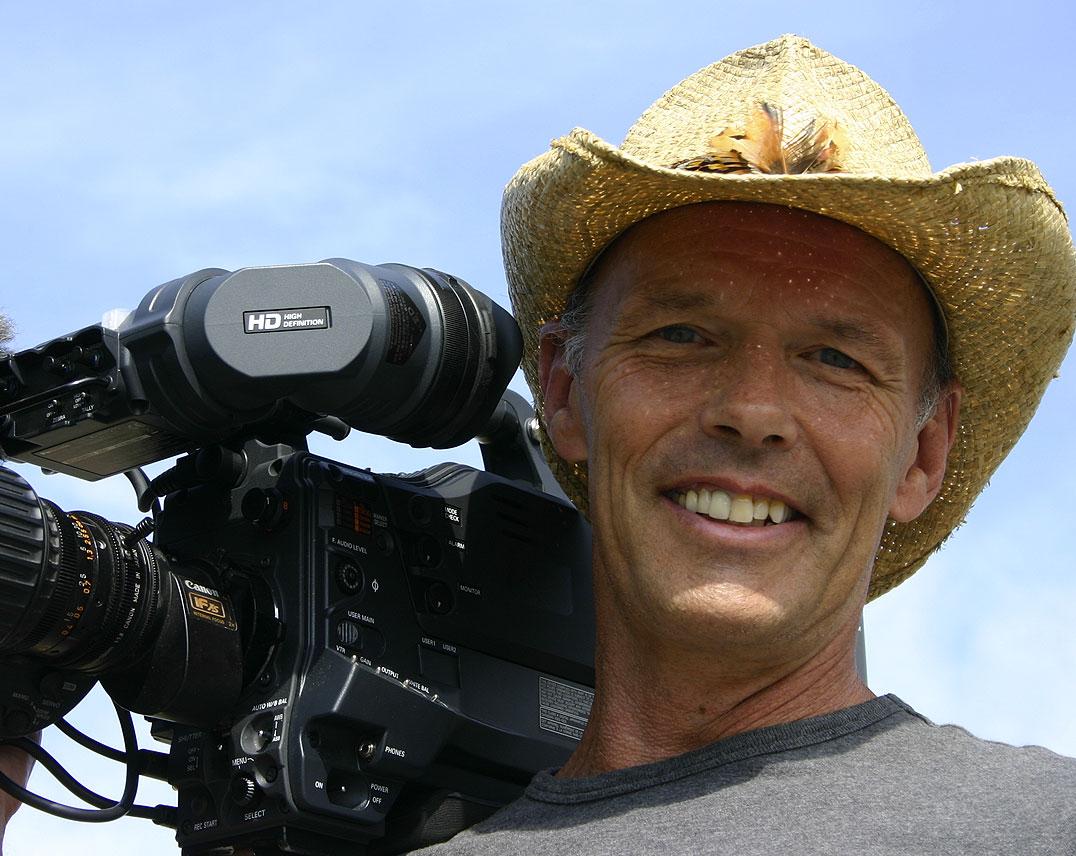 Chris Terrill is a documentary maker with more than 100 films to his name. Terrill photographs, records and directs all his own films which range from the purely observational to the investigative.

Chris was born in Brighton and educated at Brighton College and Durham University. After graduating he became a professional anthropologist living and working amongst the remote Acholi people of Southern Sudan. Later, working for the UN, he worked as a disaster consultant in the drought and war ravaged areas of Ethiopia and northern Sudan.

After this he started working for BBC World Service as a specialist in African affairs and this, led, in time to a switch to television where he discovered a passion for making documentaries.

Since then he has established himself as one of the foremost documentary makers in the country - specialising in films about people and communities as well as the military and high adventure. His films are shown worldwide and he has received many awards – including an Emmy for outstanding investigative journalism and a Royal Television Society award for innovation.

Chris works alone, without a conventional crew, giving his films the very intimate and personal flavour that has become his trademark.

When filming with the Royal Marines Commandos both in training and on the front line in Afghanistan he became the only civilian to pass the gruelling commando tests as well as the oldest person to pass them. For this he was awarded an honorary green beret which remains his proudest possession.

Chris' new documentary series: "Theatreland"
Starts at 8:30pm, 30 July 2009 on Sky Arts 1 / HD
The first ever documentary series to go behind the scenes at one of London’s top playhouses reveals what it takes to bring a live performance to the West End.

One of London’s oldest theatres, the Theatre Royal Haymarket, has granted Sky Arts cameras exclusive access to offer a unique insight into the staging of a play. The series begins with the arrival of the theatre’s new artistic director, Sean Mathias, following him during his first six months. It’s a busy time, with frantic rehearsals for the eagerly anticipated production of Waiting for Godot, starring Ian McKellen and Patrick Stewart. As the series progresses, a new project will begin to take centre stage: a production of Truman Capote’s classic Breakfast At Tiffany’s, starring Anna Friel and Joseph Cross. Theatreland climaxes on the play’s opening night in September, but will Mathias, his cast and crew be ready?

Chris has told us about a new documentary he's made about the Royal Marines ("The 55 Year Old Commando" - showing this Wednesday at 11pm on ITV1).

Nothing unusual there, you might think - after all, Chris has a long and well deserved reputation for making high quality "fly-on-the-wall" films about life in the Armed Services. This time, however, Chris is donning the camouflage and covering his face in boot polish to, quite literally, earn his stripes and become the oldest person ever to achieve a "Green Beret" (as well as being the only civilian to pass all four tests).

Naval life in Devon goes under the spotlight in a new BBC documentary that goes behind the scenes at Devonport Royal Naval base - from humanitarian efforts to things that go bump in the night. 'Shipmates' is a warts-and-all documentary, showing what work and play in the Royal Navy is really like, both ashore and afloat. It follows the lives of several key characters, especially on board the frigate HMS Chatham during her deployment to the Gulf, and also her involvement in humanitarian operations after the Boxing Day tsunami in Sri Lanka.

Chris Terrill (A. 1965-70), the documentary-maker behind The Cruise and Jailbirds, spent six weeks retracing a journey undertaken by 18th-Century adventurer Captain James Cook for his latest series - The Ship. He was joined by a 55-strong crew on board a replica model of the captain's ship, Endeavour, for a 3,500 mile journey across the South Seas. Mr Terrill filmed their every move as they battled with 18th-Century living conditions, the forces of nature and a modern tragedy - the 11 September terror attacks.

The result - a six-part documentary series - is being screened on BBC Two from Tuesday, 20 August 2003.