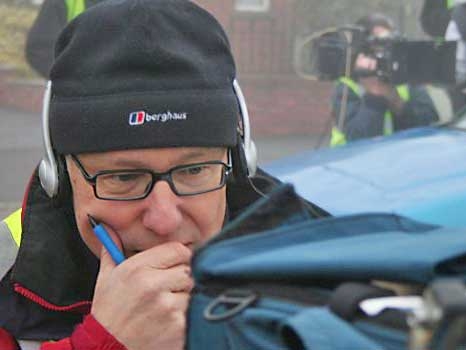 In 1973, after working on the TV series, The Adventures of Black Beauty, Nic joined London Weekend Television as a Floor Manager, where he remained until 1979. He started directing TV shows for RTE in Dublin, then moved back to London in 1980 to direct dramas including Grange Hill and The Gentle Touch, comedies including Metal Mickey, No Problem, Roll Over, Beethoven, Desmonds, Hot Metal and Mog, and the chat show, Aspel & Company.

In the late 80’s he started producing as well as directing, and made more sitcoms, including Square Deal, Close to Home and Singles. In 1990/1 he produced and directed two series of Birds of a Feather before becoming Head of Comedy at Celador Productions, and Executive Producer for all Jasper Carrott’s shows, including The Detectives. He also produced the pilot and first series of The Hypnotic World of Paul McKenna.

Leaving Celador in 1999, he produced and directed the final series of Goodnight Sweetheart, turning to drama in 2000 on the first series of Doctors. He continues to direct popular dramas, including Eastenders, The Bill and Casualty. He has two, grown-up children and lives with his wife in Guildford, Surrey.