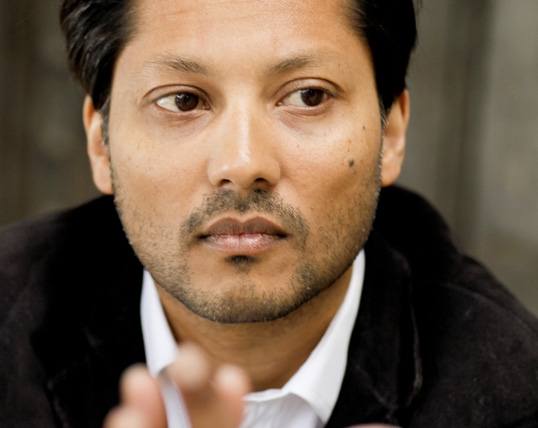 Menhaj Huda (born 1967, Bangladesh) is a British film director and producer of Bangladeshi descent.  After completeing a degree in Engineering at Oxford University, he embarked on a career in television.

His directing career began in 1993 with the ground-breaking dance music show “Hypnosis” for Channel 4 (Winner of RTS Award for Best Graphic Design).  This was followed by other music/youth programmes for Channel 4 (“Passengers”, “Flava” and “All Back to Mine”).

In 1998 his first short film “Jump Boy” won him critical acclaim and he was selected for New Directions 2000, which showcases the 6 best UK directors in New York and Los Angeles.  During this time he also directed a segment of Sky Pictures’ first feature film “Tube Tales”.

In 1999 he directed the TV drama series “Queer As Folk 2” written by Russell T. Davies, and the TV Movie “is Harry On The Boat?” based on the cult novel by Colin Butts.

While developing feature film projects, he has continued to direct prime time TV dramas for the BBC and ITV, “Murphy’s Law”, “The Bill” and the recent “Blue Murder” to name but a few.

His first feature film “Kidulthood”, which he directed and produced, won the Best Feature Film at the Race In Media Awards 2006 and Best Screenplay Award at Dinard Film Festival.  He won the Douglas Hickox Award BIFA 2006 for Best Debut Director.

He created and directed the new drama, “WEST 10 LDN” for BBC3, based on the book “Society Within” by Courttia Newland.

His second feature film, “Everywhere & Nowhere”, which he co-wrote and directed, was released in May 2011 in UK.

He is currently in production on his next film, “Comedown”, a horror thriller set in an East London council estate, to be release by Studio Canal in 2012.